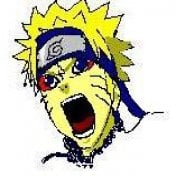 Hi, Im A student studying Building Design at college. I plan to do Architecture after I finish my current course.

I was born in Zambia and had lived there for 19 years until I moved to Australia to study.

I draw, I drew my profile picture using MS Paint and a graphics tablet.  I also play soccer. My position is right midfield but I can also play in the midfield. I support Chelsea FC from London and support England as well.

My main Hobby would be Anime ofcourse. I have been watching anime ever since I was about 5 years old. I didnt know I was watching Anime at the time but I realised later on (this year actually) that most of the shows i had loved while growing up were actually anime.

My first "re - encounter" with Anime was back in 2007 when my friend showed me his DVD of Naruto, I immediately fell in love with the animation style and story that I had to have more. I then got myself my first ever Anime DVD and havnt looked back since.

I would have to say my favourite series would be Naruto, Neon Genesis Evangelion and Full metal Alchemist.

I am more likeley to watch a series because of its depth than its "cool action scenes" or funny slots. With that said though I dont mind a good action(or comedy) anime as long as it has a proper amount of drama to it.

i noticed you updated your bio thanks to the friend feed but did you know if you put http://kiddtic.com/feed/rss/ in the box space while editing your bio called "Blog RSS Feed:" that it'll show up in the box under your user stats. (like mine does)

just thought you'd be interested in adding it there if you wanted. it also adds it to a big awesome list too ^___^