Love any type of anime with a good plot. I hate plot-less crap and animes that just don't know when to call it quits like Dragon Ball, Pokemon, Sailor Moon, Bleach, and Naruto they just keep on going and going and because of that the plot suffers. Really after about 100 or so episodes I'm just like ok when is this going to end, Bleach is like past 200 episodes, that's just stupid and most of the episodes are fillers because they had to stall so the manga could catch up. If they need to resort to fillers they should just stop the seiries for a while and pick back up once more manga's are published. I also notice the longer a series runs the weirder the story gets. Animation quality is a biggie with me as well I just can't enjoy the show as much if the animation sucks.

Some of my favorite anime's are Munto, Natsume Yuujin Chou, Spice & Wolf, Hellsing, Witch Hunter Robin, Blue Seed, Princess Mononoke, Gundam Wing, Howl's Moving Castle, Ghost Hunt, Darker Than Black, Escaflowne (the series & the movie), Spirited Away, Blood+, Trinity Blood, Chrono Crusade, Rurouni Kenshin, Peacemaker Kurogane, Yu Yu Hakasho (even though it got a little repetitive like DBZ), Trigun, Cowboy Bebop, all the Tenchi Muyo's except Tenchi In Tokyo, and a bunch others that I cant think of right now.

I hate as I mentioned Sailor Moon, All of the Dragon Balls, Pokemon, and generally any stupid humor animes or plot-less sappy romances and slice of life anime's (those I just can't stand). Also I HATE BIG O I loved the first season but after that I just got lost it was way to weird I mean, I like animes that make you think but I think the person that wrote BIG O was on a bad acid trip or something when they wrote the second season. It is just weird and stupid I was like what the Fu** at the end of the last episode.

I prefer some of the darker anime's like Hellsing and pretty much anything with magic, the paranormal, or Samurai. Some of the mecha animes are ok but I'm not a big fan of the big robot saves the day thing. 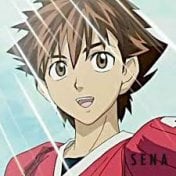 My Name is Corey