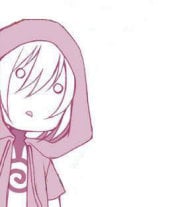 A few of my friends call me Kaye. I'm an anime and manga lover, usually i spend my time watching and reviewing anime's which i think is worth the post. Also looking for anime fellows too out there who shares the same hobby as mine.

For futher references, i have several blogs in blogspot, and tumblr which i like to share. It is an honor too if you'll join and help me recommend animes.

This is my first time hosting an anime review blog/site and i'm hoping to learn more from recommendations and other reviews, maybe i could pick something useful. Its not much of a hobby, so its more fun if there are friends/pals to share from.

Examples of genre's i love excluding the top 3 are: psychological, Shounen, and gore/horror.  An anime which really impressed my is Code Geass, Deathnote, Full Metal Alchemist: Brotherhood, and Darker than Black. There are still a lot more to mention besides from the 4.

Basically, that is all. Sayonara! 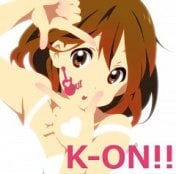 please apologize my late reply. I´m really sorry, but I have been really busy with studying and learning and so on.

You´re in college with 17? Then you must be really smart. By the way, what is BS information system?

I`m goin to teach in the "Gymnasion". In Germany, we have a different school system then in many other countrys. The kids are together in elementary school from class 1 until class 4. After that, it splits up to three school types - "Hauptschule", "Realschule" and "Gymnasion". The Gymnasion is from class 5 until the A levels, but it´s still a long way to go. I have to study 5 years and the I have 2 years of internship until I´m a full teacher.

I already have played Dantes Inferno. It´s really cool, but the difficulties are a bit weird, because there is a huge difference between them. One of my favourite games is also "Okami". It´s really awesome. It handels with japanese legends like the moonprincess and many others. It was so much fun. I really enjoyed playing Dead space and I can´t wait for the third part to be published. The last game I played on the PS3 was Valkyria Chronicles. It was cool, because it has another game mechanic than other turn-based roll-play games, because you don´t have to move like a chessman, but you can move freely.

I only have so many Mangas, because I am collecting them for more than 10 years and I have worked 3 years in a Comic-and Mangastore and so I get rebate on them.

What are you watching recently? I also like Mystery and Horror Animes. My latest favourite of this genre is Higurashi no naku koro ni. I can really recommend it.

So, that´s it for today.

Have a nice day, 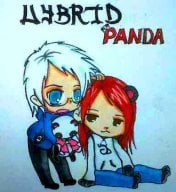 LoL. I do that too. If the screen shots look good, I download. Let me know if its good or not! How hectic does your week look so far?

Yeah, so far "Monster" is quite interesting (I am on 9th episode). It is mostly about human psychology and moral values.

Haha, sorry. Well, now you know :) Hm.. I'm fluent when listening, but I got problems making sentences. Ang hirap ng grammar kasi. :P nyahaha, I'm a half pinay in Hong Kong, and 90% of my friends are Filipino, so I guess you can feel free to speak Tagalog with me as much as you want :3

Hell yeah! Akin sya, hehe. Ooh, I've heard a lotta people talk about Another. It's new, right? Haven't watched it yet. As for me, I've been sticking to One Piece lang. Naadik eh :D