Do you have the munchies? Are you craving snack food? No? Well, you will after a couple episodes of this anime. If you aren't currently craving Japanese snack foods, Hotaru and Kokonutsu will teach you why you should. At least Amazon.com now has a giant dagashi sampler pack you can buy...

Story: The story is pretty simple. Hotaru drops by the dagashi shop, she picks a random item, they give a brief history or interesting factoid, they eat. There are other scenarios, but really, it's that set-up repeated twice per episode for 12 episodes. There are side stories and some random comedy thrown in to keep things lively, but the basic set-up is to make you want snacks. Just... look a them... so tasty. 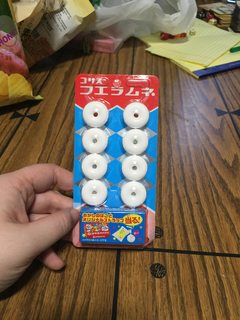 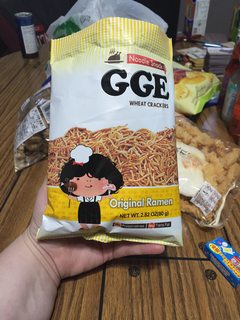 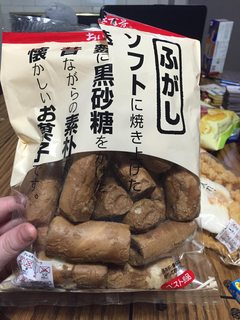 Animation: The animation is crisp, colorful, and details a lot of the dagashi more than the characters. That doesn't mean there aren't sloppy points, but for the most part, it's pretty good. While most of the action takes place in either the dagashi shop or the local cafe, the animation does span the length of the town, so be prepared for a lot of backdrops of the Japanese countryside. The first two or three episodes have some fairly lazy OP and ED animations, but that seems to have been filler for the animators to finish up the real OP and ED, which are pretty cute.

Sound: The OP and ED aren't very memorable, but the points for this one have to go to all of the sound effects put into the actual show. There were some dagashi that made sound, such as the whistle ramune and the pop rocks, and others that relied on the sound the wrapper makes. These were all really accurate from what I can tell by actually buying and trying some of the dagashi featured.

Characters: Now for the part where this anime failed a little. The comedy as shown in the manga was heavily reliant on the characters. The anime failed to capture a lot of that, but still managed to give some interesting characters. One qualm I did have about the characters was the lack of diversity in their outfits, but I think I can blame the manga for that one. Seriously, though, why is Kokonutsu wearing a sleeveless hooded sweater in the middle of summer? Whose idea was this to give the boy man heat stroke?