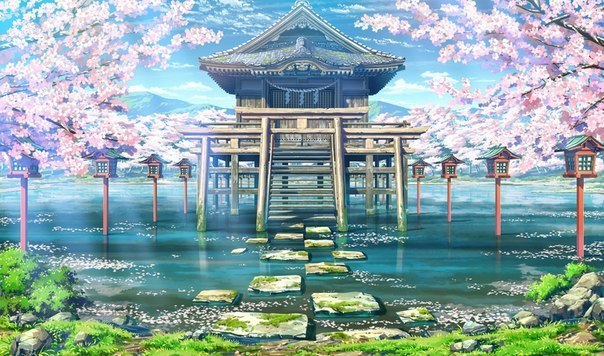 First, I should probably admit that I've been the stray cat of the anime forums. When I'm here, I'm posting a lot and hanging with everyone. And then, I up and vanish for months at a time. Hopefully, now that life has settled down, I'll be a bit more consistent!

I was introduced to anime as many Americans were introduced to anime in the mid-90s, through Sailor Moon. I actually copied the art style for a long time, until I turned my attention to science and gave up drawing. However, I didn't pursue anime after Sailor Moon because like many Americans, I hadn't heard the term. It wasn't until my sophomore year of high school that a friend introduced me to Inuyasha and Fullmetal Alchemist and a bunch of other shows. Between Adult Swim and the Internet, I developed a love of anime and manga.

I rate on an arbitrary scale, depending on how I feel at the current moment, so ratings are liable to change on any given day. While I may stall things, this is usually because of school or work related issues rather than me not liking the anime. It is rare that I drop an anime (at this point, it's never happened) as I try to finish anything I start. I will watch just about anything, although I tend to go for shorter stuff since I can binge it in a day or two. And now, some stats!

Anime #300: Bleach Memories of Nobody

I once had a summer where I read nothing but short manga. One shots, 1-4 volume stuff, of every variety. And then, I burned out on manga and didn't touch it for the longest time. In 2016, I joined the Daily Manga Marathon Club and got reintroduced to the media, so, my manga list will grow again. As long as the sappy shoujo doesn't kill me first. (And I will finish Bleach eventually... when I'm bored)

Manga #200: Watashitachi no Shiawase no Jikan

You may notice I've also done quite a few reccomendations. I'm currently working on building up my review count, as well. I'm also attempting to make comprehensive lists on how to get the studio badges. Because... I like badges.

Hi hamletsmage! nice to meet you. i really like your studio badges lists!

Bet ur surprised to see me huh ;)

How hav u been all this time? I hope all is well :)

That's wonderful sempai, I hope u had a lovely day :)

Lol I mean, isn't that what Sharknado basically was? lol

This week was rough with the big snowstorm, u know my car was basically trapped by ice and snow for like 2 days -_-

And today was super busy, I'm just glad to be home

Also I'm getting pretty hype for next season as well ^_^

Haven't really found much to do in my spare time, since I mostly watch my anime on the weekend, and haven't really been doing any gaming lately, the grind was getting a bit too tedious in Skyrim, I'm only like halfway to level 49, so 50 seems well off in the distance lol