The story of Kiyokoi is a simple love story about a high school girl who is extremely shy, who eventually overcomes this shyness and makes friends and finds love. It may not be the most original story line in the world, but the overall story was cute and somewhat entertaining. There were a couple of moments that did provide some humor that provides one with a light chuckle. Even though I did find Hiyokoi entertaining, it wasn't really that entertaining for me. However the story is a cute lovey-dovey type story and had more good than bad.

The animation was not all that great but it wasn't terrible either. I felt that the background were extremely static and uninteresting, and that they didn't provide an environment into which the characters could be immersed. However, the characters themselves were pretty well done and they were able to show emotion.

The characters were pretty likable overall. Hiyori was a cute little character that I found to be likable. She is extremely shy, but she is able to make friends with the help of Yuushin, who sits next to Hiyori and is pretty much the polar opposite of her in personality. I found him to be likable as well, but he seemed kind of uncaring to Hiyori at times, and can seem like a jerk at the begining if you look at it one way. Despite the very short time we have with these characters, Yuushin is able to have Hiyori have a major character change as she overcomes being shy.

Hiyokoi is a cute little story, but is not very entertaining, and isn't an anime with great backgrounds, but the characters ane nice and its an all around good story. 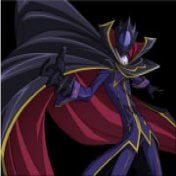 not bad though, mostly agree with what you say.