Welcome to my shrine!

Let's get the obvious things out of the way first.

My name is Noël and I'm currently working as a software developer. I'm obviously a huge anime fan. My biggest issue with anime atm would probably be HDD space though :(

My hobbies contain a lot of different things. Ranging from being a typical nerd - that loves anime and is an avid gamer (Unreal Tournament series) - to the extremes of black metal and bodybuilding. I have played baseball for about 7 years, but in Belgium it is just too limited to keep playing. So now i just play whatever sport i feel like when i have the time. At the weekends i can often be found playing snooker or just having a beer (or worse ^^).

Despite all that... Sothis still described me as "Ok, that's the ultimate in lazy right there ;)" - sry for the inside joke

I'll add more when i think of it. 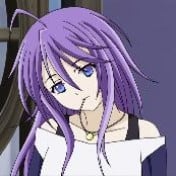 what style ya listen to ?

ow yesterday i got my otaku button on my profile :)

i got on your profile and thought damn guy from belgium, metal and anime, NICE ^_^

any recommendations for me ? :))

Aw you pitched! I'm starting to learn now, and wanted to learn how to throw a fork but I can't do much of anything right now. My 12/6 curve is wicked though, and I struck out about 13 batters the last game I started thanks to it. My slider's ok, and my fastball's decent but my change-up sucks so bad. Anyway enough about me. UT2k4 doesn't get played by me a lot anymore either, because online play died thanks to a lot of other games. UT3 does suck, and I'm sticking to Godlike bots for now. El Hazard was good, but Kino's Journey was amazing. Of course, consider me biased since it's no. 1 on my top 5, but eh, you can take that for what it is.

First, I love baseball, so a fellow baseball fan is awesome, especially since most sites contain people who couldn't care less abouts sports in general. Second, I love the UT series, and it is porbably my favorite series of all time, with Call of Duty contending for that spot as well. Third, my X-Fire profile shows I love UT2k4 so much, with over 740 hours lifetime on it. Fourth, love you're watched list. Awesome stuff. 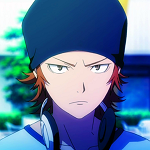