(NOTE FOR THOSE THAT KNOW ME: Hey guys, I'm back. Just had an eighteen month absence from this site since anime hasn't really been rustling my jimmies much. I've been busy with things like college, uni, work, all that good stuff. Sorry for keeping quiet, I've been absolutely fine, just busy and not interested in anime. Just taking a break from it is all! Glad to be back!)

This profile is very much a work in progress.

Hey there! My name is Bill, and if you're new here, then glad to meet you! I'm a uni film student living in Wales. Brummie by birth, Welsh by teenage upbringing.

I first started watching anime in 2013, not long after I moved to Wales. The first thing I watched was Fatal Fury: The Motion Picture - a pretty unconventional start, but it's a start nonetheless. After that, I took some recommendations from some school mates and found myself getting more and more obsessed with the medium.

Of course, when I first started out, my tastes were very idealistic and ridiculously positive. I was a kid, what can you expect. And although I've grown somewhat more cynical over time, even taking a veeeeeery long break from anime from the end of 2018 to mid-2020, that doesn't change the fact that as a whole, I still think it's pretty cool! In fact, I'm really out of the loop with more recent anime. So if anybody has any recommendations for me, then please throw as many at me as you can!

My favourite anime show is JoJo's Bizarre Adventure. I watched it when I was around 15 and it immediately clicked with me. The over-the-top style, the music, writing, it all fell into place for me. Seeing it become more popular has been great for me. Check it out if you haven't already! (still need to watch Part 5 though, I'm the worst fanboy ever)

Some of my other favourites include Gurren Lagann, Baccano, Berserk, Fullmetal Alchemist: Brotherhood, and more!

As for characters, hands down my favourite character is Eikichi Onizuka from Great Teacher Onizuka. His chill outlook on life and deranged antics never fail to keep me amused.

In general, I'm a big fan of sci-fi, fantasy, GAR, cool psychological stuff, and often escapist fiction. But that's not to say I'm not a fan of romance, realistic dramas, magical girl shows... really, if something exists, I'll watch it! I'm not picky about genre. I obviously have my preferences but as a whole, I'm pretty easy.

Here are some of my other interests!

I'd say that's about it for now. Want to know more? Feel free to hit me up and start a conversation! Thanks for dropping by! 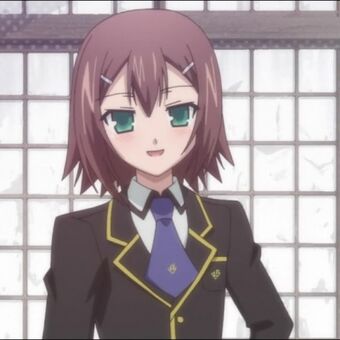 Erza struggled to rise up before her adversary, Minerva.  Beaten down by her, she continued to attempt to take a stand before her maniacal nemesis.  Minerva smugly looked down at her, like a god before an ant, saying, “You can’t stand up with that leg.”

“I will.  As long as I’m fighting a battle that I mustn’t lose… I’m ready to stand up as many times as I need to.  And I told you, you provoked the worst possible guild to piss off.”

“Oh, I’m so scared,” replied Minerva sarcastically and flicked her wrist forward.  Two more explosions appeared before Erza.  Erza grunted in pain as each explosion detonated.  “Thanks to my spacial magic, I can manipulate whatever spot I can see.”

Erza kept struggling to dodge explosion after explosion as Minerva kept casting them.

In the crowd, Arina Webb was astonished by what she just saw.  “Not only can she change the space around her...”

Leslie Law replied, “...she can even modify its property!”

But all of a sudden, out of nowhere, someone instantly appeared before her, ready to attack!

“I saw through it!”  Erza jumped through Minerva’s attack and stabbed her in the gut, stifling any movement from her.  Erza then took her swords out of Minerva's stomach and kicked her to the ground.  Minerva put magic energy around her hands and lunged at Erza, but she instantly dodged Minerva’s attack, dashed behind Minerva, grabbed her by the arm, and swung her sword in an arc that cut right through her arm, chopping it off.  Minerva had no idea what just happened at first.  But then she looked to her right.  She realized…

Erza requipped into her Heart Kruez armor and her swords vanished, with a scythe taking their place.  “And there’s plenty more where that came from.  Now… SCREAM!!!”  She brutally stabbed Minerva with the scythe, causing her to scream in intense agony.  She collapsed onto the ground, whimpering in fear and panic.  Erza casually and smugly walked behind her, crouched down, grabbed one of Minerva’s ankles, and pulled it up.  “You know, you might be onto something.  It is impossible for me to stand with the condition my leg is in.  Thankfully, I know exactly how to level the playing field.”

“No!  Don’t!”  But it was too late.  Erza swung the blade of her scythe through Minerva’s leg, slicing it off.

“Oops!  Looks like it’s not my looks that my anger has ruined.”  Erza threw Minerva back to the ground in such a way that her face would face the dirt, then pressed her boot down on the back of Minerva’s head.  “Not so strong anymore, are you?  What are you?  A bug?  A frog?  Either way, I love the way you SQUIRM BENEATH MY BOOT HEEL!!!  And by the way…”  Erza deliberately paused for a few seconds.  Minerva felt a sudden cold feeling inside her.  She dreaded what she was going to hear next.  Then Erza finally said, “I enjoy your screams.”

Minerva felt a seething temper boil inside of her.  “Erza, you vile, evil…”

But Erza requipped a knife and plunged it into Minerva’s shoulder, causing her to scream in pain again.  “I find it funny how after all the wretched, rancid, heartless things you did, you have the gall to call me vile and evil?  This coming from the bitch who said to my face that she enjoyed Millianna’s screams?  You’re such a hypocrite”

“You’re the hypocrite!  You just told me that you enjoyed my screams!”

“I did.  Because of what you’ve done.  You’ve done so many terrible things to my friends and loved ones.  You’ve relished in the suffering of others for far too long.  Now, others are going to relish in your suffering.  You’ll know what it’s like to suffer as they suffered.”  She turned Minerva over so that she was lying on her back and sat on top of her belly, facing the side of the arm she didn’t chop off..  “Remember when I said that I’m ready to stand up as many times as I need to?  Well now, I’m in the perfect position for sitting down.”  She grabbed Minerva’s other arm, and violently ripped off her glove.

Minerva struggled to move her arm around to break free, but Erza stabbed her in the forearm, just to get her to stop.  Minerva screamed in agony yet again, and Erza moved her hand closer and closer to her mouth.  Minerva screamed, “Stop it!  Stop it!  Please!  I beg you!”

“You hurt too many people I care for.  Here’s your reward.”  Erza bit down on Minerva’s pinky, violently moved her hand around, and tore her pinky off with her teeth, and swallowed it.

Minerva screamed in pain and agony as her pinky got torn off.  She cried, “I’m sorry, Erza!  I was wrong for what I did!  I’m sorry!”

“There’s no sincerity in your apology.  You’re only apologizing because you want to be spared any further pain.”

“All you care about is power.  Greedy, selfish, sadistic, maniacal, you brought all of this on yourself.  You don’t like the pain that you’re in?  You should have thought of that before beating Lucy nearly to death and torturing Millianna the way you did.  But as you are, you’re pretty weak.  How does it feel to suffer in ultimate agony, insect?”

“Too late.”  Erza bit Minerva’s middle finger and shook her hand around before ripping it off and yet another scream of agony left Minerva’s voice.

Millianna started getting up from the ground and then jumped for joy.  “Yay!  Go get her, Erzy-werzy!  Make her suffer so much more!  Make her scream even louder!”

Erza smiled at Millianna, saying, “Don’t mind if I do, Millianna.” and then violently bit Minerva’s index finger and ripped it off with her teeth before swallowing it, leaving Minerva to scream in pain yet again, then she violently bit and ripped off her ring finger.  She then turned Minerva so that she was lying on her belly, drew her knife and furiously started clawing at Minerva’s back with it, laughing maniacally as Minerva kept screaming in pain and terror.  The screams got louder and more disturbing, to the point where she could end up waking the dead.  Erza’s laugh got more and more maniacal and demented as she kept clawing away at Minerva’s back, to the point where there was barely any skin on it anymore.  Afterwards, she turned Minerva back to where she was lying on her back again and said, “You know, Minerva, I had no idea that making you suffer for what you did would be so much fun.  And so delicious.  She started sticking her tongue into Minerva’s now hollow eye sockets.

“No!  Stop!  Please!  I now understand!  I know that what I did to you was wrong, but please stop doing this to me!”

“Your lesson… and my enjoyment… is far from over!” Erza then summoned a katana and then shoved it through the opening of Minerva’s loins, then shook it around, violently.  Minerva screamed in pain and agony at the sensation while Erza used her other hand to lift up Minerva’s severed thigh, and took a huge bite out of it, causing Minerva to scream even more.

The pain and agony Minerva suffered was too much for her to bear.  She yelled, “HELP ME!!  SOMEONE SAVE ME!!!” as she prayed for a savior to come.

Hi.  I found a fanfiction that I think you'll like. Please let me know what you think of it.

HAHAHA Changed the look of the account a bit, don't think it's too noticable tho

YO YO IT'S ME, BACK FROM THE DEAD, 7 YEARS LATER, FORGOT THIS ACCOUNT EXISTED LMAO

What is your faveorite movie