I watch anime by the year. Now oldest anime I have is from 2014 so I just sort anime by year and watch the oldest one. I rarely watch something new or ongoing but I watched One Punch Man while it was still airing and I watched Tokyo Ghoul season 1 after that. Horror always gets an exception :)

Planned to watch anything interesting? :)

Well, I'm almost done with college so this will be my second degree. I abandoned anime for like almost 3 years but now I'm back and loving it again :)

Of course I remember you! I actually was thinking about you few days back but somehow I forgot to write to you and only noticed your message, sorry about that! How are you? :) 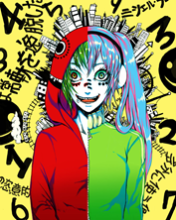