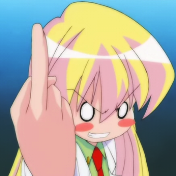 Hey everyone. I no longer use AP. Check me out on MAL. I HAVE GOOD TASTE, OK? Everything I've been reading/watching is up to date there. Talk to you soon!http://myanimelist.net/profile/pantsukudasai 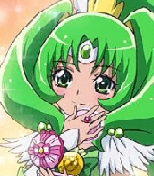 I watched 2/3rds of it, never saw the ending because I kept going back to rewatch the early episodes. It's one of the few series I have ever given 5 stars and recommend to everyone I know, partly because the art style is completely different to what people usually expect from anime,partly because at first I thought it was going to be awful but just amazed me over and over. Also, it's one of the only series I have ever seen where characters actually fall in love with a love doll (those life-like rubber dolls that look like women) and it's treated as real love. Hilarious, even if you don't enjoy it as much as I do, it's worth watching.

I know what you mean about series, I have the horrible habit of starting something that is 50+ episodes long and taking forever to get to the end. By the time I actually get to the end, about 3 anime seasons with a total of around 90 shows have come and gone. Sad times.

I think a lot of people who leave reviews sometimes forget other people can read them and comment on them, probably not used to other people reacting to their opinions. I suppose it all comes down to how experienced the anime fan writing the review is. Even so, one of the best things about being a fan is defending our opinions and having a debate on it. Some people just don't want to be hassled by having to explain why they felt that way and that's pretty much why you got in trouble. Although, yeah, you could've done or commented worse things. Don't worry about it, just don't do it again, or next time you feel you have to do it add a huge string of 'LOLs' or 'XDs' so they don't take it too personally.

I used to watch Paniponi DASH on television years ago, it's pretty damn funny. Have you ever heard of The Tatami Galaxy?

You aren't a jerk, just a very passionate anime fan. And your responses to your blog comments are hilarious- the one about the new Zero no Tsukaima- so, so funny.

Oh yes, Ebichu. And the best part is I did not read what it was about before watching it. Absolute madness. Dokuro-chan, too. Been a while since we had anything so crazy, huh?