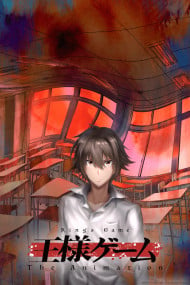 Story: a simplistic plot, but still enjoyable to watch. The ending sucked though. Animation and sound: it was fine, not anything that would stand out as either good or bad Characters: once again, it was pretty simplistic. Overall the first few episodes were fine, but it was proabaly not worth finishing. Should you watch it? yes, it deserves a chance since, who knows, you might love it. that being said, I wouldn't go out of my way to reccomend it to someone. Better alternatives: any murder game manga. "Another" is also a good substitute. -Yuki 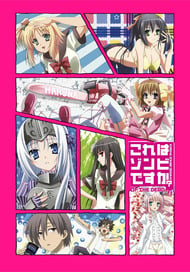 Well... there's a lot to say about "Is this a zombie? of the dead," but i'll do my best to get through it quickly. Important notes: If you are sensetive to topics like death, cross dressing, or... excessive boobage, you should probably stay away. That being said... Overall rating: Not the best thing i've ever watched, but it was definately worth the time it took to watch it.  Story: The background is really good, the main plotline is pretty good too, however it does have some pretty cruddy arcs that (I feel) get dragged out for too long.  Animation & sound: no better or worse... See full review

An Amazing anime with some of the best artwork I have seen to this day. The plotline is deep, but not so deep you get lost in it. The characters go really well together and seem to be developed to a level that is not normally reached. The only problem I can find is that they sometimes try to do too much at once with the animetion and so the graphics are not always as smoothe as one would like, but over all the amazing artwork out does the occasional slip up in animetion.  In comparison, QZGS has everything that SAO lacked, it has character depth that I haven't seen in a long time, Fight scenes that... See full review

An amazing sequel to the original, with some of the wonderful moments that should have been in season 1. While it is only 3 episodes long, they make the most out of every moment so that it honestly feels like a full season.  I hope everyone appreciates this anime as much as I have  -Yuki