Greetings, and welcome to me.

Feel free to friend me if you don't already have two thousand. It's nice to have some people to chat with from time to time, so send me your favorite anime/character/plant or whatever and lets talk.

I would say that I'm pretty knowledgeable in the area of anime. And having seen over 9000 episodes of the stuff, I doubt I'll stop anytime soon. Far from proclaiming myself an expert or a guru however, I'm just someone who most likely knows a lot of good anime.

10 (5/5) - The best thing I've ever seen. No faults seen or they are overlooked because of the pure brilliance of the anime. In the end, I believe this given rating depends on a reviewer's towards stories/characters/settings.

9 (4.5/5) - Extremely awesome. It either has no faults or the good things about the anime make it as if it has none.

7 (3.5/5) - Quite Interesting/Good. It may have a few faults, but it's really worth watching. An anime that will be remembered months from now.

6 (3/5) - Has something that sets it above mediocrity. The good barely shines out, but you can see it nonetheless. Somewhat worth watching, if only on a rainy afternoon.

5 (2.5/5) - Meh/Stagnant. Nothing much to keep me watching this anime; It may have it's good parts, but there's not much to hold my attention. A few months from now, I probably won't remember much about this anime. The good is equal to the bad or it was so average that I don't remember any good or bad.

4 (2/5) -  Nothing going for this anime. Either it'll put you to sleep or it's just not really good. Few redeeming points.

2 (1.0/5) - Usually if something ended up here, it's because the animation or sound quality of the anime was too high for me to put it in the 1 category. All the bad utterly drowns the good points and watching it is definitely not recommended.

1 (0.5/5) - Either something really ticked me off about this anime or it's just downright awful. Brain bleach is needed. Never watch this anime. Ever.

(If there is an absence of a rating for an anime, it's because I haven't seen enough of it to give it a rating.)

Thanks for the add and recomandations, I am still updating my profile but I sould have everything I have seen up by the end of the week 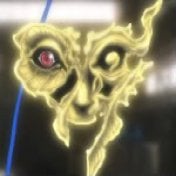 The problem is when you start a show, if your a competionist like me, you have to record it. But since I put it on my list I want to finish it because its on my list, not because I liked the show enough to finish it. Kinda like achievements.