I've heard some people say when an anime looks this good, does it really matter that the plot is bad? As an answer, I put this to you: rape with a truncheon is still rape with a truncheon even if I use lube. Indeed, the animation makes it go down easier, to put it crudely, but that doesn’t mask the fact it’s a painful process.

But then I've never believed good animation was a suitable excuse - there is no reason why something ludicrously spectacular cannot also be meaningful. In that regard, Macross Zero is a glowing example to others. This is single-handedly the most beautiful mecha anime I have seen to date. It is a feast for the optical and aural senses. The scenery presents an emotive dichotomy between the hard, war-driven military world and the soft, glowing, lush island environment that the natives caught in the war inhabit. One moment, Macross Zero delivers scenes of stupendous natural beauty to feed the soul - the next, it's rip-roaring aerial action of gut-wrenching power. All this to a stunning musical score that made the hairs on the back of my neck stand up.

That we get competent storytelling and characterisation added to the mix is icing on the cake, but nonetheless the key feature that distinguishes Macross Zero from the other CGI dross on the market. Indeed, with moments of artistic profundity (watch that scene when the hero and heroine explore the joys of nature in a gorgeous dawn) and a balanced if brief debate about the avaricious force of progress, Macross Zero offers a side-order of substance with its style. A climactic romantic dynamic (say that fast ten times) between the two protagonists at the heart of the plot also ensures emotional engagement with the characters.

If this one is still not on your want to watch list, go correct that mistake now. 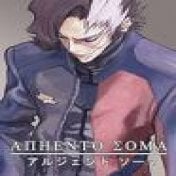 I hope this comes to the US.  I would love to see it as I'm a Macross fan.  Macross 7 is the one I really want to own.  I know the reviews have been terrible for it, but Yoshiki Fukuyama sings great songs and I just can't bad mouth the show.

Awesome spotlight on Macross Zero, by the way!