Every anime menu needs its light, bubbly relief, and in one of the driest years for decent shows, Kuragehime’s plot about geeks, fashion, and cross-dressers is diet cola.

An unabashedly insubstantial plot aided by cliché sweeteners helps this go down oh so easily. Fashionable cross-dresser Kuranosuke crash lands into hopeless nerd Tsukimi’s life and, for a couple of episodes, the gag is how to keep her friends from finding out that she is a he. Bizarrely, though, things morph into a battle between fashion and real estate as Kuranosuke leads Tsukimi’s friends against redevelopment moguls using dress-making as his weapon of choice. If it sounds like contrived nonsense, that’s because it is. It never escalates into any kind of Erin Brockovich epic, rather remaining narrowly focused on the interrelationships and wacky situations. And all this via tragic background stories and ample fangirl wish fulfilment as Tsukimi gets periodic makeovers.

But Kuragehime nevertheless remains engaging because of the character dynamics: by depicting the ironic clash between isolationist nerds (who, by the way, proudly call themselves ‘Amars’ after Buddhist nuns because they shun men) and an excruciatingly beautiful young man who possesses the femininity fate denied them, the show keeps us emotionally vested. Kuranosuke breaks their routine, inserting himself using colour, beauty, and a blithe unawareness of how much they resent him. He calls them ‘a lair of jobless thirty-something NEET chicks with afros’ and boldly asks them if they’re virgins, and they find themselves challenged to open up to the world. Thus, even as the show exploits their friction to reveal the Amars’ absurd fears and fantasies, we find a human story unravelling before our eyes.

Furthermore, thanks to these character clashes, viewers will come away with several sequences still firing in their minds and evoking giggles long after the credits. I am smiling right now, for instance, as I type about that scene when Tsukimi discovers two incompatible jellyfish occupying the same tank of a pet shop. Her imagination, fuelled by a heroic need to save them, slides into a glorious spoof of Isao Takahata’s Heidi. Such highlights pepper every episode and keep it dancing at a satisfying pace right to the end.

Unfortunately, most of the heavier developments only dead-end since the show covers a mere six volumes of an ongoing manga. For instance, Kuranosuke’s search for his long-lost mother remains a vague background detail, as does his blossoming feelings for Tsukimi. As such, the story functions like a cord upon which to hang the decorative jokes and the smattering of colourful characters; it drops a few zany people in a situation and lets their boundless energy nudge them along a jungle trail of comedy.

Without doubt, the animation’s crown is Kuranosuke; viewers wanting a bishounen treat will gobble up his slender pale limbs and exquisite face like bonbons. Not just that, he combines it with a wide-eyed cuteness that is all the lovelier for being understated. Tsukimi, once made over, becomes his adorable equal, although I nevertheless prefer the more eccentric designs of her fellow Amars. Their terrible hair don’ts and scatty, awkward bodies keep us delighting in great visual humour.

Beyond the main characters, the animation is strikingly pedestrian; environments barely register as more than suggestive backdrops and everything is brushed with a smidgen of soft focus for that dreamy shoujo feeling.

The opening theme ‘Koko Dake no Hanashi’ by Chatmonchy (also responsible for Bleach’s twelfth OP, ‘Dadai’) is cute, fluffy, and catchy just like the story. With light, sprightly vocals, it immediately speaks of cheeky fun, not geeky angst. The rest of the soundtrack, including the ending theme, conveys a functional but unmemorable sound design.

Kuranosuke's background, his beauty, his tragedy, they all recall Tamaki Suoh (Ouran High School Host Club). The son of a beautiful woman he isn’t allowed to see, he tries to escape his life of privilege and politics by realising his fantasies. Instead of forming a hedonistic club, however, he makes and wears dresses. Moreover, his personality avoids Tamaki’s childlike innocence in favour of a more purposeful attitude and, as tempting as it must be to overplay him as an eccentric drag queen, the script keeps him natural, harmless, and glamorously sexy.

With him in the spotlight, Tsukimi (Tsuki = moon, mi = sea; reverse the characters in her name and you get ‘jellyfish’) rarely gets to stand out. She’s brilliantly funny in her scenes of raw panic whenever approaching fashionable people, symptomised by noodle limbs, ghoulish grimacing, and a sudden gait like a drunkard on ice. Equally, her moments of vulnerability underscore the show’s romanticism with lines like this: ‘Looking at this beautiful person, my heart is filled with jellyfish lace.’ But as a character, she sticks too closely to the geek-turns-chic formula and harbours a typical internal conflict between her wish for femininity (to be the princess she believes her dead mother would have wanted) and her inherent lack of it.

The supporting cast, on the other hand, mainly run along train tracks of recurring gags. We can rely on Kuranosuke’s stoic butler Hanamori to narrowly define his interests in terms of his beloved Benz. And no one has to wait long in any scene for fellow Amar Mayaya to spout references to Records of the Three Kingdoms (‘To think that the red of San Quan’s army now belongs to me!’ she joyfully exclaims at the sight of a stupendous platter of beef.). If you find them funny once, most likely they’ll only keep growing on you, but that many of them are underdeveloped becomes obvious.

A friend of mine once cynically asserted that all shoujo lovers want from anime is men who are women with penises. I couldn’t help thinking of that as my heart squeezed every time Kuranosuke exploded onto the screen with his masculinity aggressively tamed by dresses, make-up, and the cutest face this side of Ouran. But with no designs beyond plastering daft smiles on all faces and dropping a gooey cliché or two, Kuragehime has a disarming quirkiness that should melt the guys too. Unfortunately, I can only call this a great beginning - without any substantial developments, the show delivers little more than light refreshment.

Yeah, I agree, but I read the manga, and that totally filled up what was missing in the anime. I don't particulary like the anime as much because it as so much potential. I overall love the story, and would love a second season.  The manga's not finished yet, thankfully, I still have that.

I, for one, enjoyed the fact that Kuragehime was "too short". I wasn't too particularly excited to see the "dramatic encounter of Kuranosuke and his mother" (I think it served its purpose just to introduce some background info). Nor the romantic relationships between Kuranosuke, Tsukimi, Shouko and Shuu turning this series into the average soap opera. Plus, the "loser turns into celebrity" and "nerds turn into sociable hipsters and saves their home from evil developers" weren't going anywhere good".

In the end I enjoyed the show exactly because of the lack of serious development. I'd surely watch a second season if it keeps this way.

I thought with Christmas season and all, Kuragehime went on hiatus but I had learned that the last episode I had watched was the end. I was greatly disappointed, there was so much plot line that could thicken and so much potential was wasted. I am hoping for a second season.

I find your review to be very fair and I was anxsiously waiting for your review upon the end of the anime, little did I know you had already written it awhile ago. Thanks for your reviews to this community. :) 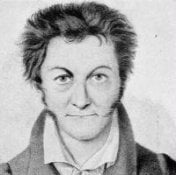 It seems to me like you ignored the more serious plot line with Shu and the business woman. To me it seemed that this was about half of the show. And I'll have to disagree with you on the ED, it has fantastic music, you should watch the music video! But other than that, good review. thumbs up. 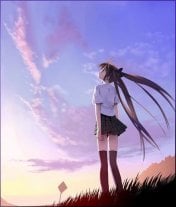 Whenever I find a new anime that seems like it might be good, I always watch the first episode then decide if I am going to continue it or not. With this show I watched the first episode and wasn't really interested in continuing it. However, I kept thinking back to that first episode with its unusual characters and eye catching animation. I finally couldn't take it any more and had to finish watching it and I ended up spending all day finishing the entire season. What really caught my attention was that it had the comedy like that of Ouran, but the essence of something more like Paradise Kiss (not to mention reminded me of the Franz Ferdinand ending for Paradise Kiss). This is definitly an anime to take the time to watch. I do have to agree with Kousagi though I wish there were more of a development between Tsukimi and Kuranosuke....if there is going to be another season I will definitly squeel with joy and spend another day dedicated to watching it.