I'm lucky to be female because Hajime no Ippo exists to thrill a viewer's nuts off. Bringing blow after blow of jaw-dropping twists in a narrative that feels as furious as a dog fight, it is the sports anime that challenges all others of its kind to do better.

Essentially the coming-of-age tale of a weakling maturing into the strongest rookie boxer in Japan, Hajime no Ippo doesn't deviate from the sports anime formula in any notable manner. Ippo discovers boxing on a school day like any other then spends numerous staged fights and training montages thereafter rising through the ranks. However, the show outshines all lesser versions thanks to its exceptional script. Simply put, it boasts a bottomless supply of twists to make every fight feel as though it were the first. That Ippo has to win his battles despite his great weaknesses is no spoiler; nonetheless the developments during the fights - their sheer visceral power - obliterate all expectations. Whenever I thought the show had exhausted its store of excitement in one episode, it delivered new unscaled heights of the stuff in the next.

Aside from that, Hajime no Ippo shows that even neanderthals know how to laugh and cry through healthy doses of comedy and character development. Between the hilariously inane penis jokes and the heart-rending personal struggles, the show brings an endearing warmth to what is usually seen as the sport of humourless brutes.

Few anime could rival this series in the shounen ring - the Kyoto arc of Rurouni Kenshin, probably; the first half of Tengen Toppa Gurren-Lagann, maybe; but certainly none of the other sports anime on the market to date. By the end, food and sleep had become peripheral concerns - to sustain myself all I needed was to tap into the show's incredible energy.

Anyone visiting a boxing gym in the hopes of meeting attractive, charming young gentlemen is laughably deluded. In the same way, those hoping to find svelte character designs in Hajime no Ippo should book an eye test as soon as possible - the bishounen checked out long ago. In fact,  with a pug-nosed, grotesquely muscular protagonist who looks like a bulldog at best, anyone can be forgiven for thinking the show is a lost cause in the style department.

Luckily, the boxing subject matter means what counts are not the looks, but the moves. And on that front Hajime no Ippo delivers! All fights come complete with spectacular effects - rings of smoke, torrents of wind, claustrophobic closeups - to grab the senses by the scruff and haul them through a powerfully kinetic experience. The action is so absorbing that when a rib cracks, viewers are likely to feel it.

An instant way to deflate the tension during a fight or cheapen the character developments is to watch the American dub. Stick to the Japanese dub, however, and the rewards are plenty.

Aside from the decent original voice acting, the show delivers blood-pumping electro beats, cool rock riffs, and a ditty that's a cheeky herald to the Rocky theme (it had to be done!). At its best, the soundtrack offers excellent opening themes, in particular the outstanding third instrumental theme 'Tumbling Dice'.

With seventy-five episodes to fill, Hajime no Ippo comfortably handles a large cast of macho men. (What about the women, you say? You mean those ugly things they occasionally bring out to cook and clean and generate fanservice? Yes, there are some.) At the forefront, Ippo's personality from meek door mat to sporting icon develops in a compelling, accumulative manner - once at the end, his beginnings as the worm his bullies once called him are difficult to believe but easy to retrace. Then, at a count, there are half a dozen memorable fighters apart from Ippo who deliver such outstanding performances that they sometimes outshine the titular hero. Whilst their punches hurt, it's their aching backgrounds that inspire tears; moreover, when two of them fight, be prepared not to know who to root for.

"You don't get to see a match of this calibre every day. As a journalist, I wish I could have seen these two fight on a larger stage." - Fuji, on Ippo's final battle

You don't get to see an anime of this calibre every day. As a life-long anime fan, I wish I had watched Hajime no Ippo much sooner. From its butt-ugly head to its brawny toes, the series packs such intensity that my poor monitor emitted not sparks but vapours of sweat. It is the kind of rare event that inspires anyone to power through two-hundred squats and step out into the street asking random strangers to punch them in the stomach... or was that just me?! In any case, watch with a heart bypass surgeon at the ready because this show promises the full workout from your seat!

I don't get why people seem to only like gurren lagann's first half. It wouldn't be half as good as it is withought the second half. Yeah, the first few parts were slow and out of place, but that was just used as a set up to blow your balls off witht the epic final.

I don't know why but everytime I go try to watch this anime I am immediately turned off and watch something else. I hope to watch it in the future at some point.

i luved this anime. i dun usually watch boxin animes but i luv how weak ppl try to become stronger and then actually make it!(in a good way)

''Whilst their punches hurt, it's their aching backgrounds that inspire tears; moreover, when two of them fight, be prepared not to know who to root for.''

I know exactly which fight you are referring to. And yes, I was in the same predicament as you when I watched it. ^^ 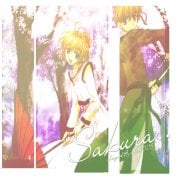 this anime is freaking awesome, I definitely agree with this review, in my opinion the only sports animes that rival this are Eyeshield 21 or Major

I fell in love with boxing thanks to this anime