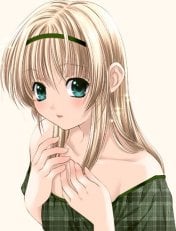 Yeah sorry about that I had a busy week. I plan to catch up and post about it sometime during the coming week (because in this blistering heat what else is there to do).

Unfortunately, as a huge Berserk fan, I couldn't enjoy these movies at all. They were just too unfaithful to the source. I was hoping that a gloriously animated eclipse would save the triology but I was utterly dissapointed by the completer lack of excitement, anger and arousal. While I also hope they animate more I don't have much confidence that studio 4C can get this right.

Haha yeah. I can't believe he's still got that up there to be honest, it's been what? About 5 years since we had the heated argument that caused him to quote me in his sig. It's kinda flattering in a way.As my month late reply might suggest, I too haven't visited the site that often. I occasionally drop on to update my list, more out of habit than anything else. My anime viewing has tailed off somewhat in the last year or so, save for the occasional week-long binge. Instead I spend my evenings browsing Reddit and Tumblr for far too many hours, wondering where the time went and lamenting the fact that I have to be up for work in less than 3 hours :PHow've you been keeping?

Thanks for the recommendation, I heard about Tutu before but never intended to watch it yet. I'm gonna tackle it soon and tell you about my impression. I also took a quick glance through your "watched" list. Hopefully I can come up with a counter recommendation one day :D

I'm going to sit down with some friends tonight and watch the third part of the new Berserk triology. How did you like the new movies so far?