Seemed liked a good example at the time...And indeed it was seeing how their economy is worse than a hooker's bank account...In freaking Taiwan

No no no you should..You know what they say,right?Even a bad experience is a good experience..Also i don't wanna be alone in this dark,muddy place mate... 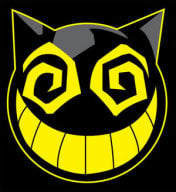 I tend to lean toward the manga, as you can read at your own pace and... well, in this case, the MC's voice can't annoy you if you can't hear it. That said, I must admit I have not read the manga for this anime. I'm greatly considering it, since the ability to read at my own pace means I can speed read a lot of the manga.

Again though, the manga lets you read at your own pace, gloss over filler (if you choose to) if there is filler to start with, and imagine the Main Character's voice to be less annoying than portrayed in the anime. In other words, the anime was such a flop, I can't imagine the manga being worse.

LOL no prob mate i don't remember what i did yesterday either..Although my case might have something to do with the fact that i'm a raving alcoholic

Ya know..When i'm writing these reviews i'm actually thinking of you amongst other people..Not in a man loving way where i nosebleed to oblivion when i catch a glimpse of you naked but you get the picture.