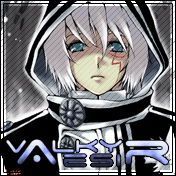 I'm a guy that's actually popular and adored in his Highschool years.

Now that I'm in College, I'm still being adored, there's no difference, except their sudden "ahww" at me, asking, "You watch anime? A guy like you? You're kidding me right...?", with my answer as "No, I'm not kidding. :P". Many people asks me such biased questions, even though I'm a cool, smart, talented, and handsome(Don't want to brag...) guy, doesn't mean I don't like anime.

I've been watching anime since 1998. I like Fantasy, Action, Comedy, and Romance. Thrillers, and Mystery doesn't go far behind either. For some weird reason, my love for Mechs and Sci-Fi animes like Mobile Suit Gundam, and Zoids went away. Either that I've matured and outgrown them, or I'm just tired seeing mechs all the time. My love for romance came after I watch School Rumble, it then became a heart-breaker after it's bust on Season 3. After that, I watched animes with romance and can't get enough of them.

My favorite animes so far are:

For a reason, I dropped Naruto, and One Piece, either it's too long, or is getting kind of dull. I've read somewhere that Naruto is having problems in ratings, so much fans, but also so much haters. I for one actually think that Naruto is crap, since some of the moves are just copies from Cowboy Beebop. As for One Piece, classic, but too long. So far Bleach is the longest anime that I'm still watching. Maybe I'm attracted to Hollows. :3

I started reading manga in the year 2003. I only read manga when I've got nothing to watch, or when a certain anime has stopped, but the manga still continues. Still I've read a lot of manga, about a hundred or more, I'm not yet done with my list so, I don't know when, since some of the mangas I've read I've forgotten now. Anyways, if I can remember correctly, my favorite manga should be Bloody Monday.

There are also some times that I read light novels, this started at the age of Shakugan no Shana. Though I haven't read much, I've like this sort of literary genre.

I also like video games, I've been playing around 1998, the same time as my liking in anime, since I got my first console, Sega Saturn, which I switched to PSX. So far my favorite genres are Fantasy, RPG, Action, Strategy/Tactics, Mystery, and so on. I don't dislike mechs, but I love RPG games more that any. I've played the FF series from FFIV up to FFXIII. So far "The Compilation of FFVII", "The Ivalice Alliance", and "Fabula Nova Crystalis", are the only ones in the series that I like very much, as for FF Tactics, I like them too. I've played a lot of Action, Strategy/Tactics too, namely the Metal Gear Series, from old school 2D Metal Gear, up to Metal Gear Solid 4. There is also SOCOM, Fallout 3, HALO, Command and Conquer Games, Blizzard Games, and so on.

My favorite games so far are:

Anyways, that's all I guess. 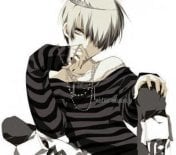 You have the Avatar I had before the one I have right now! :3