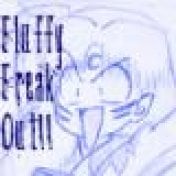 Jan 9, 2011
Read other reviews of Fumiko no Kokuhaku

Have you ever once sat down and thought to yourself, "What would make a good story?" Well, if your answer is yes, then you probably would never even consider the story of this to be good. The story is directed towards making this a funny anime. It's funny in some kind of sense, but the fact that they're focusing primarily on panty shots really bothers me. It's a 2 minute anime, so there isn't much room to put in a story, but even I could do something better. For the type of anime it is though, I have to say it's at least fitting.

The animation was actually quite something. It was unexpectedly good I would have to say. When I first observed it, the character designs were a bit laughable, but as the anime progressed it showed the true quality of work behind it. The scenes were smooth and looked like a work from one of our more famous anime companies, and I was shocked.

It had fitting sound, fitting music, which added to the overall effect. The amount added though is not substantial and is nothing special. I don't think it could be much better though.

I had a bit of an understanding on what the characters were like. During those 2 minutes, I think I learned a lot. Why do I say "I think"? Because I only learned about how they are in one category. I only found 1 character's name, and it's not even the character that's most focused on.

I think a 6.3 is a bit generous, but looking back at the anime, it did make me smile. I wouldn't recommend this right away to anyone really, as in I just won't mention it as a "This is a must see." If someone asks for something that will make them smile, then I will hand them this. It's watchable, but I wouldn't count on saying anything above that. 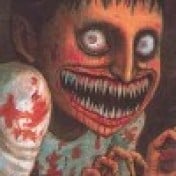 I finished watching this short a minute ago, and I agree with everything you said. :)