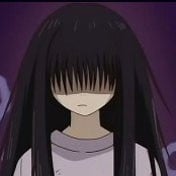 I grew up on Dragonball Z. I mostly enjoy person-in-a-strange-world, post-apocalyptic, adventure, survival, fantasy, melancholy, slice of life, romance and shoujo genres. A solid story is more important than graphics for me, and subs over dubs any day! I love anime soundtracks and have spent countless hours listening to anime OSTs on Animenfo Radio -> animenfo.com/radio. 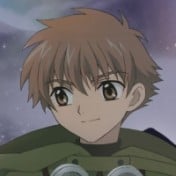 I figured you were pretty busy with life when you disappeared from MSN.  You certainly are working interesting jobs.  I am just glad nothing happened...the internet is funny like that, sometimes people disappear and you just wonder why.

The Best Buy's in Ohio had a firesale on anime (1/2 off), so Shane, myself, and a few other friends have been watching quite a bit--"Afternoons of Anime" as he calls them on the weekends.  Some of my picks (usually just one hearsay) turned out well--others did not.  My most prized buy was "5 Centimeters Per Second" by Makoto Shinkai.

I finished the first half of Yamato Nadeshiko Shichi Henge, but the second half was somewhat disorientating, the direction really changed radically in it, and they tried to make it very fast paced, so I put it on hold.  I've really noticed direction of anime alot in general--particularly "The Girl that Leapt through Time" and "Kure-nai", both had amazing direction.

I've heard "Towards the Terra", but haven't actually seen it myself.  Regardless, perhaps I'll look into it when I clear my plate of anime to watch.  Anyway, would love to hear more from you.

So who is going to swing the champagne bottle on the maiden voyage?  That's great to hear.  You will thoroughly enjoy it I'm sure.  Sorry to hear about the Dinghy.

I've been all over the place with Anime.  Last thing I watched that I really like was the School Rumble comedy.  Been watching a lot of the new shows coming out with my school's anime club. (I finally graudated btw) Been busy this summer making my kites.  Working on this 11.5 diameter fish kite.  It will be anchored to the ground and "bob" up and down.

Hope the sailing is smooth and let me see a pic of it on the open sea. =)

Have you shipwrecked on an island yet with that sailboat of yours? 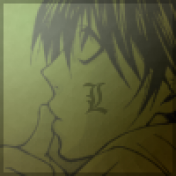 for the warm welcome

The Evil Overlord list is just a silly online list of things to do and not to do if you were an evil overlord--you often see them in anime, movies, and literature.

When I've captured my adversary and he says, "Look, before you kill me, will you at least tell me what this is all about?" I'll say, "No." and shoot him. No, on second thought I'll shoot him then say "No."

One of my advisors will be an average five-year-old child. Any flaws in my plan that he is able to spot will be corrected before implementation.

If my weakest troops fail to eliminate a hero, I will send out my best troops instead of wasting time with progressively stronger ones as he gets closer and closer to my fortress.

If a group of henchmen fail miserably at a task, I will not berate them for incompetence then send the same group out to try the task again.

If an attractive young couple enters my realm, I will carefully monitor their activities. If I find they are happy and affectionate, I will ignore them. However if circumstance have forced them together against their will and they spend all their time bickering and criticizing each other except during the intermittent occasions when they are saving each others' lives at which point there are hints of sexual tension, I will immediately order their execution.

If one of my daughters actually manages to win the hero and openly defies me, I will congratulate her on her choice, declare a national holiday to celebrate the wedding, and proclaim the hero my heir. This will probably be enough to break up the relationship. If not, at least I am assured that no hero will attack my Legions of Terror when they are holding a parade in his honor.

You get the idea, it's a silly, funny, but all too true kind of list.

The "Sword of Truth" is a series of books by Terry Goodkind.  The first book is "Wizard's First Rule."

If you like science fiction, I'd suggest "Ender's Game" by Orson Scott Card.  The other books in the series are very different, however, they might be interesting if you like the last chapter of Ender's Game especially.