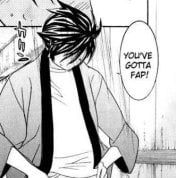 This is how my rating system works.

5 Stars: These are either:

1: Purely subjective. Basically the animes/manga I personally enjoyed the most and made me want to watch/read them more than once.

2: The anime/manga presented an accurate portrayal of the genre in my eyes and deserves a 5 even though I may not feel the "5 star vibe".

4.5 Stars: More or less the same as 5 star rated animes/manga but had some sort of flaw that shouldn't be overlooked. For example, an excellent anime but a terrible ending (Desert Punk), an anime with way too many fillers and/or inconsistencies I don't think were necessary in the plot that could have been easily avoided (Naruto*1), or sometimes going overboard with touchy moments that crossed the line, making it feel disingenuous (Clannad).

4 Stars: These are either:

1. Animes/manga that I think are worth watching/reading. Their story, animation/drawing and characters all score high. The story is balanced, it's likely to be enjoyable and won't be too ridiculous (Bleach*2). I'd say my 4 star animes/manga are something you watch for a satisfactory feel when you just can't find that 5 or 4.5 star anime.

2. Animes/manga that present their genres well. I may not have enjoyed them, but trying to judge from an objective p.o.v they deserve a good rating.

3.5 Stars: A fair amount of these are worth watching/reading but should be carefully chosen as a lot of them have one or several flaws that are hard to overlook. Some are more than ok but had some sort of fatal fuck-up (D.Gray-Man) or extreme touchy moments (like Fruits Basket).

3 Stars: This is close to the "don't bother stuff". These animes/manga are generally just versions of the animes/manga mentioned in 3.5 but with things you can't get past x2. Some of them can be good but probably something you shouldn't watch/read unless you don't have anything better to do.

2.5 Stars: Not necessarily better or worse than 4 or 3 but I just don't understand why I watched/read this. It probably is shit though.

2 Stars: Why does this crap exist?

1 Star: Warning: Could cause permanent damage to your view of anime.

0 Stars: Either I havn't thought up a rating, not finished it, not watched enough of it, or it's actually so bad it's not even worth rating 0.5.

*1: Naruto will always hold a special place for me as it was the second anime I watched (excluding pokemon) and got me into anime, hence the 4.5. Shippuden is a lot of good and horrible stuff piled together, I keep changing my mind whether to have it at 3.5-4.

*2: Bleach: As Naruto, Bleach has a special place as the first anime I watched. I loved Bleach, and I wish I could unwatch the newer stuff but I can't. After the last Grimmjow fight, everything plummeted to the ground. Even the fight with Ulquiorra I found crap. I pushed through for the sake of all the time I spent on Bleach but I wish I hadn't. Bleach would probably have had a 5 if I hadn't seen anything after the last Grimmjow fight. My hatred for the newer stuff probably has a lot to do with recent differing tastes from my old 14 year self as I was only 14 when I saw the first 80 episodes of Bleach. I doubt I could have enjoyed it as much as I did if I was 18 but I'm glad I saw it when I was 14.

haha what manga is your avatar from?

It's np, you'd be surprised how often people put spoilers in review comments :) I try to police my own reviews at least, for the sake of others who might be reading (as I think spoiler-free reviews are the best :D) but it happens to everyone, so no worries

Posting your original review comment here so you don't lose it, I'm deleting it immediately because it contains a major spoiler (spoilers can't be posted in reviews, let alone the review comments). If you'd like to repost it it will need the spoiler removed.

As a personal note, the aggression is really unnecessary. Everyone has an opinion, just because you don't agree with mine doesn't mean I 'didn't understand' and got something wrong. To each their own, and it's just an anime, there's no need to be so angry.

You mention the monologue being the most irritating part of the anime. How can you say this? The monologue IS the anime. If you don't appreciate monologues you shoulnd't be watching this anime, even less write a goddamned review. Even if you understand or know the intricacies behind the meticulously thought out scheme, you need to hear it. What the hell would this anime be if the "characters to shut the fuck up and move on". It would be another addition to the anime hole that is filled of potential gold that was turned to crap. You can't compare it to Naruto, what the actual fuck?!? This isn't a fighting anime that's made for 12 year old boys to hear a retarded hero read out loud to himself obvious stuff that you figured out 5 episodes ago. This is an anime when you want to hear the hero read out loud to himself, to see how he analyses each piece of information, what he does with it, and how he reacts to it. You're so closely linked with Light and L that you're supposed to both want and enjoy their monologues of speculation and alaysis.

About the anime not being a masterpiece, I don't care. You're right, after the L arc it was pretty much crap. Entertaining crap, but none the less crap. However, I will forever and ever say Death Note is among the best I have ever seen, and I will recommend it to every sould that is open minded to anime. I've re-watched Death Note at least 7 times, but I always stop when L dies and maybe look at the last episode because I enjoy seeing Light crack. I miss the feeling I had when I watched it for the first time. It was an incredible experience. I am dissapointed almost everytime I watch something because almost no anime is ever able to meet my expectations. 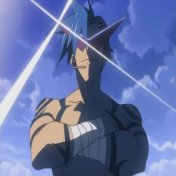 Hey MAN!!! Gratz with your anime-planet-birthday. Maybe one day you'll see Steins gate the way i see it (The CORRECT WAY (jokes)).