Sorry for the late reply :)

I feel you hahaha, do you prefer reading it online or the paperback? I've been wanting to buy my manga and read it but the shipping takes so long sometimes and im just like stuff it ahaha.

It looks really good, i'm glad you recommended some underrated shows that people wouldnt usually~ are you looking forward to watching anything from the new seasonal anime airing?

No problem with the link :) tell me what you think of the OVA since its hilarious ahaha. 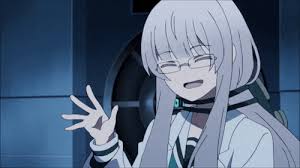 I've never heard about Soul Eater but I thought it sounded interesting so I added to my want to watch list. HxH is very good!! I'm currently watching it with a friend and it's awesome.

I have another rec for you too haha. It's name is Koikimo and it's essentially a "romance" about a guy that's deply in love for a girl that doesn't care much about him. I just watched the first episode, it's funny and definitely worth keeping an eye at.

Also having an adblock helped me a lot to watch anime more smoothly. Since I got mine I don't have to reject single moms near me everytime I change episodes hahaha.

Yesss, he's a creature from the Japanese folklore. I don't remember much about the movie since I watched it ages ago but I remember the ending clearly. It was awesome for me when I was little, don't know how it's gonna be now though, but I might try watching it again.

It was absolutely my pleasure, thank you for the follow back.

I'd definitely recommend watching One Piece, don't let the number of episodes intimidate you. My ex introduced me to it and that was the only thing he was good for tbh, it's my favorite anime now and I don't think any other can top it.

I've seen Ouran High School Host Club and I liked it, but I didn't really love it or care for it much. I haven't seen Cowboy Bebop but I really want to, especially because of Faye Valentine.

The first anime I watched was Pokémon, but I didn't know it was an anime at the time. Second is Fairy Tail, which was mostly because of my interest in Erza but I wasn't captivated by it. Finally is Tokyo Ghoul, which got me obsessed with anime in general and the one I consider my actual first.

The only character I recognize is Shouko Nishimiya, I definitely really liked her but it's been a while since I watched A Silent Voice.

tysm for respondingggggggg.ill start it soon!

hey, sorry to bother you but i have a question. i see you have watched jojo´s and ive been planning on watching it 4 a while but idk the order of how to watch it.... if you could tell me i´d really apprechiate it. have a nice day!