Oct 12, 2009
Read other reviews of Uzumaki: Spiral into Horror

Now, I haven't read all that much manga in comparison to the anime I've watched, but I love horror in all its forms. On sothis' recommendation, I picked up Uzumaki and could not stop until I reached the grim, grim end. One of the delicious differences between Japanese and American tales of this type is the pervasion of atmosphere so integral to the Asian concepts of fear, and Junji Itou brings it in spades.

Through its escalating set of vignettes, Uzumaki paints a picture of a town and population descending into madness. Nearly all of Itou's little stories could be considered fables, as each one focuses on a few central people affected by the spiral phenomenon slowly engulfing the town. While none of the characters seem original at first glace, the mangaka's disturbing and inevitable logic transforms each one into a horrifying harbinger of events to come.

Unlike Gyo, where the visuals and unoriginal plot escalate the camp of the series, Uzumaki's mystery and increasingly strange events draw the reader deeper into the world of Kurozu-cho like the grip of the almighty spiral that dominates the work. However, some of the entries mess with the pacing a little, and the final chapters leading up to the "twisted" conclusion don't inspire the same morbid fascination as "Mosquito", "Medusa", and "The Scar".

Uzumaki's harrowing visuals carry the manga, no two ways about it. More so than in Gyo (GASHUNK!), Itou juxtaposes beauty, both human and natural with the horrific transformations that dominate the work's pages. Kirie's fair features contrast the grotesque surroundings and events so starkly her face alone moves the readers to fear for her. Similarly, Shuichi's descent into dark-eyed terror and paranoia stands at odds with the almost ecstatic expressions and attitudes of the manga's victims.

Of course, it's the grotesque that defines this work. Itou's monsters and bizarre mutations deliver some shocking thrills, even when the reader can guess what a particular image might hold (see the end of "The Spiral Obsession Part 1"). The mangaka's endless inventiveness in twisting each character and scene to its utmost keeps his audience coming back to see what terrifying visage he'll bring to each chapter. In addition, he possesses an astute eye for cinematographic technique. In "Medusa", "Mosquito", and "The Spiral Obsession Part 1" he shrinks the focus to show us the finer details of human transformation; In contrast, he widens the scene in "The Firing Effect", "The Umbilical Cord", and "Labyrinth" to lay bare the true scope of the horror taking over the town.

If there is a weakness here, it comes from the characters. Itou's love-letter to Kurozu-cho could care less about characterization because the events here overshadow their victims. Shuichi starts to sound like a broken record by the middle of the first volume, and Kirie--while adorable and sympathetic--shows all of the depth of your average horror-tale-heroine. Despite being drawn attractively, the secondary characters can all be boiled down to one or two traits, identifiable long enough to define their relationship to the town's spiral obsession.

This manga grabs hold and does not let go. From the first feelings of unease to the final, fantastic layout, Uzumaki drips with horror and ineffable, twisted atmosphere. If you're a fan of the genre, this one will sit atop any must-read list, and anyone with enough fortitude to stomach the visuals owes his or herself a trip to Kurozu-cho. In this work, Junji Itou turns the benign and slightly mysterious into the grotesque and terrifying. 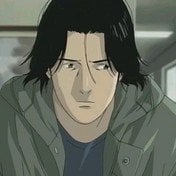 Just bought the first volume! beautiful piece of art! it surely has a Lovecraftian feel to it wich is great! 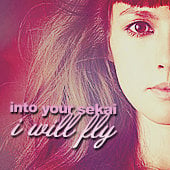 omg.. i first found it at sothis' manga list (^_^) and was caught by the title (haha, Naruto fan xD). and i didn't mind it's a horror, i've downloaded it. and dropped read 2 of 3 vols.. x.x but now.. after reading your review I think I'll give it the 2nd chance. maybe it won't be so scared for me now lol