To see my anime list according to score and various TOPs, check my Anilist profile!

I am a normal boy, who loves anime. =D

Note: Stalled anime means I have it downloaded, but I haven't seen it yet

17.08.14 = I deleted some of my episode rewatches, of which I had around 4000 episodes, because they were constantly in my "Watching" anime list and it was bothering me. Therefore the total watch time shown here is basically +3 months (when counting games to the mix as well, otherwise 2.5 months).

I got into anime by watching Pokémon, Digimon and Beyblade on Nova TV (Czech). That was in the year 2000. After the year 2003, I no longer watched anime, as they stopped broadcasting it and I haven't had internet until 2009.

In the year 2009, I saw one episode of Naruto in TV (14th episode) and I found it quite interesting, so I decided to watch the whole series. That's how my anime passion truly began.

30. 7. 2009 - The date when I started to watch Naruto (and anime in general being aware of the fact that I am watching an anime)

I'll compensate episodes I've seen more than once and anime-based games playtime with anime Doraemon, Sazae-san, Crayon Shin-chan and Doraemon (2005), which I haven't seen, but ithey have a lot of episodes, so it'll last for a while. The goal is to get to 2 years of watched time with the use of both anime watch time and games playtime.

When an anime has the rating of 3* or lower, I may drop it.

Most of the 0.5/5* I've given are for various specials, only some of them are actually TV series.

Manga with a rating of 4*-4.5* is worth buying and better enjoyed when bought.

Manga with a rating of 5* should only be read when bought. It doesn't deserve online reading, because it's way too awesome.

Manga with a rating of 3* or lower may be dropped by me.

Note: The following Genres lists are the accurate ones, not the ones below, where only 3 and very few types of genres can be selected.

- Comedy (a good one, though, most anime comedies suck)

TOPs were moved to "lists" section. My biggest issue with it (sorry, somehow just now saw your comment) was the fast that the manga had substance (albeit still disturbing overall) and the OVA didn't even reach within a lightyear of any of that which made it absolutely pointless and only further pushed away people who might have purchased the manga had they not seen the confusing OVAs.

Haha, it's ok. And I'm sorry for my late reply =(  I've been really busy with school and preparing for my exams...

Yeah, too bad about the heat =( It's true, I treasure my bonds with others a lot =) So you used to be shy too? That's unexpected, but I'm glad there's someone who understands me =) Thanks for the advice, it'll help me out a lot ^^

I totally wanna see snow~! Yeah, I was planning to travel overseas to sightsee in the future when I get a job =) I definitely welcome rain at any time ^.^ It's probably the only possible time when I don't feel like sweating ^^"

I'm pretty sure I'll do badly for the competitions. o.o" <-- that was my face when I first saw the papers 'cause the topics are not taught in secondary school (which I'm in) but instead in Junior College so I was havin' a hard time trying to do the whole thing ^^" I guess you're right. Singaporeans are all pretty used to not getting enough sleep because of school/work so I thought I'd be able to deal with it too, but that was a dumb idea ._."

Well maybe :3 but I'm not the type that believes in brighter future... i don't believe in anything XD I just want to see new Gintama movie XDD 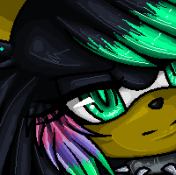 I like letting down my hair because it's more comfortable that way but I really have no choice but to tie it up when I go out =( I'm not the very sociable type so I'm not really used to going out with friends. In fact, my first time really going out with friends was last year ^^" (but it's not like I don't like it, it's just that I'm shy) There are quite a few countries here that don't have four seasons and since I've only been to these countries, I've never seen winter, spring or autumm ^^" It is kinda tough sometimes...

Actually, I really like rainy weather even though it rains a lot here too (but it's still humid). It relaxes me =)

Thanks. But initially, I wasn't supposed to be in this class. I had to submit an appeal form to get in. It was a good thing my science was the top three in the level or I would've never gotten in ^^"