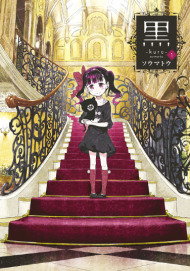 Well... this was an interesting manga. I'm not entirely sure how I feel about it, if I'm honest. The mangaka nailed the unsettling atmosphere. I definitely got the sense of foreboding that they were trying to invoke. It felt creepy and heavy and I knew bad things were going to happen. I liked the concept of the monsters, although I would've liked a bit more of an explanation as to why they were there. I get why it's left mysterious, though, and that's just me being nitpicky. I did feel sympathy for Coco. She was just an unfortunate victim of everything, and was trying to run away from her painful... See full review 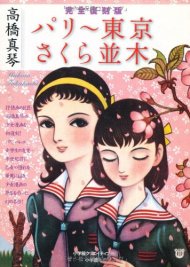 So this is a fascinating manga. While the GL elements are very light, I put that down to it being written in the 1950s. That said, it's clear that Yukiko has feelings for Chikage. Ayako does too, although hers are slightly more ambiguous. It's also one of the series that started GL (Girls' Love), which is partially why I read it. There's not a lot to the story, but it's short. What I found interesting was that it reads more like a novel with images at times, as there's a lot of descriptive narrating that you don't see in manga nowadays. It's used to describe Yukiko's emotions and to summarise events. The... See full review 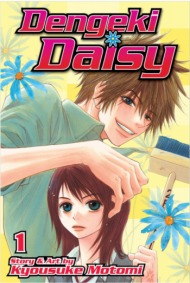 So I read some of this for Secret Santa and made through volume 8. For a shoujo, it's actually pretty good and, despite using a lot of typical shoujo tropes, doesn't feel as forced or as midly creepy as most shoujo tend to. I couldn't entirely get into it because I'm not a fan of the demographic usually, and I got sidetracked with other things going on, but I didn't hate it.  Teru is a very refreshing protagonist. She's actually capable of things, knows what she wants, and has a good amount of character development. She's held back by trauma but in a realistic way, and gradually learns how to cope... See full review