Samurai 7 is a great anime adaptation of Akira Kurosawa's classic 1954 film "Seven Samurai". In Gonzo's adaptation the original story of class-based struggle is transplanted into a futuristic world that conveniently resembles feudal Japan. Though in this pseudo-futuristic anime world samurai's can slice through giant mecca, chop bullets in half, and deflect laser blasts with Jedi-esq reflexes. All of which, makes for epic battle sequences where bows and swords square off against laser cannons and mechanized samurai.

Settings aside, however, the story is remarkably true to the Akira Kurosawa masterpiece. With both stories starting when a poor farming village gets tired of being persecuted by a band of dishonored samurai who roam around the countryside extorting rice from farmers. Then in an attempt to free themselves from this vicious cycle of extortion the villagers decided to fight back and send three villagers to the city to hire samurai willing to be their guardians in exchange for meager offerings of rice. Granted like all good stories, Samurai 7 isn't that simple as the villagers find that most samurai are insulted by the offer and quickly refuse. Eventually, however, the villagers manage to recruit seven samurai all of whom enlist for reasons beyond the trivial offerings. All of this sets the stage with ample back story, foreshadowed character development, and a story of class-based struggles that comes together to form an excellent story that's absolutely worth watching.

Also, for true fans of Akira Kurosawa's "Seven Samurai" I should mention that this story does extend Kurosawa's original tale with a bit of poetic licenses. So I would encourage those fans to actually watch this piece as well because while Samurai 7 is based on Kurosawa's work it is actually a well managed update that does a good job of extending the original story without corrupting the original core points and themes.

Like most Gonzo pieces Samurai 7 gets extremely high marks for production quality. The characters are well drawn and blend nicely into both CGI and hand drawn backgrounds. In addition, there are scenes that are absolutely breath taking and the battle sequences are both well drawn and visually compelling. All in all, very high marks for Gonzo here as the work was very well done.

What really distinguishes Samurai 7's score is the way that Gonzo blends traditional Japanese instruments, modern music, and sound effects together to create a dynamic score that's a symbolic audio bridge between Kurosawa's 1954 classic and this modern adaptation. Probably the best example of this is the closing theme which has a very JPOP sound yet still leverages the traditional Japanese Taiko drums in the background. That said, throughout the series the Koto (a traditional string instrument) and Taiko drums can be heard in perfect harmony with a modern orchestra. All in all, a very complex, but complimentary ensemble that the viewer should really pay attention to as it does a great job of incorporating very traditional Japanese musical elements into a very modern score.

Given the fact that the story was based on a classic that all film buffs have likely seen this was an area where it would have been easy to mess up. However, I have to admit despite the futuristic pseudo-Japan setting the characters, I felt, were actually better explained in this story. As Gonzo dedicated significant amounts of time to telling the back stories of each of the samurai and fully unveiling their individual motives for joining the mission which, in my opinion, was something Kurosawa's original three-hour epic was a little weak on. That said, the characters are still very true to Kurosawa's original molds and fit well into this futuristic world. All in all, the characters and their underlying back story were nicely unfolded in this modern adaptation.

Honestly, this has been one of the most enjoyable pieces that I've watched this year and I really rank it behind only Elfen Lied and put it on par with Basilisk. In addition, I should note that I'm often critical of these pseudo-futuristic world settings as that's often a license for storytellers to re-invent the laws of physics in order to bend it to the whims of a loophole filled plot. Thankfully, that wasn't the case here. In fact, I found myself drawn into the story and readily accepting this world and the new powers the samurai were granted because of the way everything was setup. Regardless though I have to say that Samurai 7 is a real must see for anime fans and anyone who enjoyed Akira Kurosawa's original masterpiece.

Also for those interested in owning the series I really have to say the box set that FUNimation put together after all the DVD's were released is really something worth owning. It comes with seven DVDs and a fold out case that comes packaged with a beautiful box and seven small guidebooks. In truth this was one of the best packaging jobs I've seen for an anime series and would almost recommend it on aesthetic value alone.

While I agree it is a faithfull adaptaton of the classic story, I have to disagree with your other points. Animation to start with is very hit or miss, in some scenes it is perfectly passable but in others it strays to the point of being cringe worthy. A prime example is when we are introduced to Konbe's (lead samurai) mate in his sanctuary villiage, the animation frequently gets choppy and character detail bottoms out to almost nothing in some segments.

Character design is equally spotty, even among the main characters - some have terrific designs while others seem to lack any detail - or worse end up like our dual sword weilding cliche'd "silent badass" - his design, with bright red trench coat and bright yellow hair poof - has be among the worst I've ever seen.

The mecha are passable enough though the tin trash can looking grunts are a bit laughable, even so I can't help but think the inclusion of "mecha samurai/mecha bandits" was a flimsy work around so as to not have to include much blood/gore. I'm thinking this is probably aimed at a younger audience.

The only other real complaint I have I share with others, the useless characters. Particularly that little girl who does the intro's, about as cliched a cutesey anime character as you can get and I doubt the series would of suffered without her character.

The anime is definitly worth a watch, it's not "bad" at all. That said I would never score this anime with a 9, if anything I'd put it at roughly 5.5/10 whihc on my scoring table is a good one (I judge all anime harshly, because so much of it is crap it helps to let the true gems shine through.) 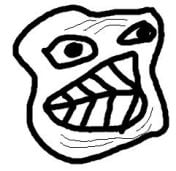 When I first heard of it, I was like, "wow, sounds pretty cool", so I started to watch it and as soon as I saw a mecha I just dropped it, I really hate mecha. :| 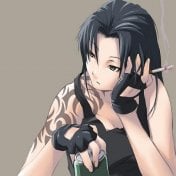 I think the first few eps did have a good hook and I didnt mind the pacing at all, but then again I endured thru Witch Hunter Robin so I might be a bad barometer for that now.

What I could have done without tho are the cliche useless characters like Kirara and Komachi, especially Komachi and that other girl with the stupid, annoying out of place laugh.The animation does have a few dodgy sides but mostly its quite good.

Overall I wouldnt call it the best of its genre but I would definetly recommend checking it out.

Hookaffy's comment illustrates exactly how I feel about this anime. That said, I found the first few episodes had almost no hook. There was very little in the way of action sequences to show what we could expect in coming episodes, the progression of the story was extremely slow and frankly uninteresting, and the characters we're introduced to, the three villagers pleading for help, were all cliche and uninteresting.

If the first few episodes could have hooked me better I think I'd have enjoyed the series.

Really disliked this one to be honest. Animation and character designs were incredible and what action scenes there actually were I found impressive and exciting... that being said, the main aspects I found problems with included the pacing (the beginning part when they're rounding up the samurai by offering rice just drags on and on, really could have been shortened for more important parts of the plot to have been more developed) and lack of character development - with characters so cool, not giving them any backstory at all was really disappointing. I realize this series was based on an older movie, but being 26 episodes long, it really didn't make good use of the time it had; even cliche flashback sequences to the past experiences of main characters like Kanbe would have been wonderful compared to the like 11 they spent in the capital toward the beginning. I also realize a lot of the appeal in these characters is just taking them for who they are, but I couldn't really buy a character like Kyozo/Kyuzo (sp), who was a reserved, cold blooded, and incredibly talented samurai, without having any information on his background. All in all I about gave up on this series midway through it, but to be fair the character designs were awesome enough to make this one passable, even if you only get what you see.