Valkyria Chronicles fanboy, 90s kid, Leo/earth snake, quite new around here but not new to anime (in fact, I know 90s anime from experience). One reason I haven't updated my manga list is because I don't read a lot of basic literature and I have very little tolerance for this other breed of easy-reading called light novels as well as LN adaptations. At the end of the day, I prefer original anime (and non-literary entertainment) and advanced literature.

Other than that, feel free to add me on Discord which is Kurt Irving#0941. 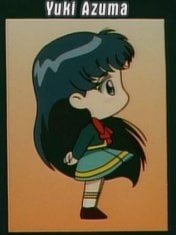 I guess I liked Roger Smith better then Batman because it's sci-fi, much like how I like Batman Beyond and Superman The Animated Series much better then BTAS.

But it's been years since I watched Big O, though I remember being surprised that I liked it because I mostly don't like Mecha anime and manga.

I can't say much other then that, since it's been years.

It's been awhile since I've seen that series so I don't really remember why I liked him, but his interactions with R. Dorothy WAYNERIGHT was great.

There's a lot of reasons why I love Roger Smith. The fact that he has Big O and can pilot it is probably the biggest one, but I also love his style and car. Also because he's a louse, LOL.

Roger Smith? From the Big O? It's been over a decade since I saw that. I don't remember. He was hot though. And that was mostly because Steven Blum voiced him.