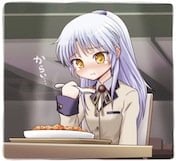 It's about time I re-write my bio.

HELLO!  My name is Cheyenne.  Most people do call me Shy for short or Wyoming (annoyingly!). A few things about me, I've been in Phoenix for a little less than a year, hate the heat!  I'm about to turn 21 years old and I'm very excited that I can finally buy my own alcohol.  I currently am not going to college because my living situation is not affordable to work and go to school at the same time.  I no longer have the luxury of being supported by my family since I was about 18 years old.  I'd say I'm artistic, kind hearted, sometimes my passion comes off as stubborn or hard headed (thanks Dad!), I'm very quite yet my mind runs rampant with things I wish I had the courage or voice to say, I love my family and my boyfriend of two years, people scare me but I have a deep understanding for everyone because I'm very observant, I am unlucky to have the pains of TMJ (daily migraines, sensitive to mostly any noise or bright light), I do also have anxiety attacks/anxiety in general like most people my age, errrr ummm time to stop blabbing about so many things!  Moving on...

I enjoy watching Anime (obviously or else I wouldn't be here eh?) and have expanded my taste.  I am willing to give anything a chance, even ecchi.  Previously I was against it, but sometimes it's funny and with age I have more tolerance for perverseness.

However, my favorite genre would have to be Comedy, Romance and Action.  I enjoy anything with story most of all.  I've had a lot of trouble recently with what to watch and what to avoid.  I came to realize I was being too critical of the genre and that I needed to just let go and try new things.  When I did I found a lot of things I rather enjoyed.

The most recent Anime I watched was Elfen Lied.  Now typically I would avoid the gore and such, but I absolutely LOVED it!  There was action, mystery and a story!  I also watched Angel Beats, something also different from what I'd normally watch, though the ending was beyond disappointing it was great!  Rosario + Vampire was also something I would've avoided, but it was funny and charming in it's own special way.

The point of all this ranting and rambling is that I have discovered that I am willing to watch any recommendations anyone has and be open minded rather than my old conservative self! 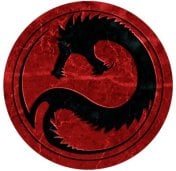 natuto was pretty good though its more childish then what i really enjoy myself. more fond of the dark and bloody animes.

we all like ecchi, its all about if you want to admit it or not.

in soviet russia bleach drops you?

Hi "Shyshy". I was just wondering, where's your avatar from?

You should check out the Ef series, its REALLY emotional/romantic