All that city... You just couldn't see an end to it. The end! Please, could you please just show me where it ends? It was all very fine on that gangway and I was grand, too, in my overcoat. I cut quite a figure and I was getting off. Guaranteed. That wasn't the problem. It wasn't what I saw what stopped me, Max. It was what I didn't see. Can you understand that? What I didn't see. In all that sprawling city, there was everything except an end. There was no end. What I did not see was where the whole thing came to an end. The end of the world. You take a piano. The keys begin, the keys end. You know there are 88 of them, nobody can tell you any different. They are not infinite, you are infinite and on those keys the music that you can make is infinite. I like that. That I can live by. But you get me up on that gangway and roll out in front of me a keyboard with millions of keys, millions and billions of keys that never end and that's the truth, Max, that they never end. That keyboard is infinite and if that keyboard is infinite then on that keyboard there's no music you can play. You're sitting on the wrong bench. That's God's piano. Christ, did you see the streets? Just the streets, there were thousands of them! How do you do it down there!? How do you choose just one? One woman, one house, one piece of land to call your own, one landscape to look at, one way to die. All that world just weighing down on you, you don't even know where it comes to an end.I mean aren't you ever just scared of breaking apart at the thought of it, the enormity of living it? I was born on this ship and the world passed me by, but two thousand people at a time. And there were wishes here, but never more than fit between prow and stern. You played out your happiness but on a piano that was not infinite. I learned to live that way. Land is a ship too big for me. It's a woman too beautiful. It's a voyage too long. Perfume too strong. It's music I don't know how to make. I can never get off this ship. At best, I can step off my life. After all, I don't exist for anyone. You're the exception, Max. You're the only one who knows that I'm here. You're a minority and you'd better get used to it. Forgive me, my friend. But I'm not getting off.

Hey Max!Picture the scene of the golden gates. Some guy searching a list trying to find my name, not finding it."What did you say your name was again?""Nineteen hundred.""Oh, Niemann, nightingale, ninestock, nittledeen.""You see, sir, I was born on a ship.""I beg your pardon?""Born, raised and died on a ship, maybe I'm not registered there.""Shipwreck?""No, six and a half tons of dynamite, Boom!""Are you feeling better now?""Yeah, I'm fine, except that I lost an arm.""An arm?""Yes, in the explosion.""Well... you should be able to find one over there. Which one do you say is missing?""The left, sir.""Oh, I'm dreadfully sorry! We only seem to have two rights.""Two right arms?""Yeah, I'm afraid so. Would you mind awfully if...""If I what?""Well if you take a right hand instead of a left.""Well, all things considered, better a right arm than nothing I suppose.""Couldn't agree more."

Np :P i read everything beside yaoi ^^ 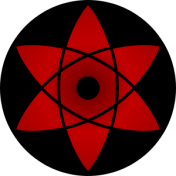 thanks for reading Fire Candy! now i know im not the only one out there!