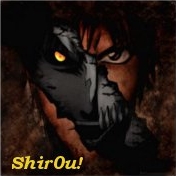 Time to change description (as anyone would care or read it anyway, hah). During the whole 3 years of my high school I was close to becoming 'hikikomori', watching animes all days and nights with break only for school. My classmates s*cked pretty much, so I don't really regret not spending time with those idiots (yup, clearly and obviously they were idiots and I still try to avoid meeting them at any cost, no bullying or anything like that, don't get me wrong, I mean LITERALLY IDIOTS). So anyway, that was the period in my life when during 3 years I got my "WATCH ANIME FOR 3 MONTHS BADGE". I love anime, this is something to me that let me not think about reality (same effect of alcohol, but I don't drink so yeah, I have my drug, my anime :3). Sounds kinda lame, but whatever. Who knows it could maybe even save my life. My favourite tags since always were: HAREM, COMEDY, now I would add to those two a little dose of fantasy and solid romance, oh yeah, people change, I'm a good example xD I don't watch anime as much as before, but I come back every "end of season", because my way of watching is to do the whole series at once, as I'm not going to watch 1 ep. every week, when emotions from previous ep. will leave me. So I'm choosing mainly by tags all finished series and watching for 2-3 weeks all of them ("Watching now" list is mainly filled with chosen titles that I'm going to watch the soonest).

I believed that there is no anime that I can't be able to watch and I was sticking with this decision for whole 8 years. My "Won't watch" & "Dropped" lists were totally empty or had 1-2 titles in by most of time, now I'm less strict to myself and if something is clearly boring, I'm just going to drop it and don't force myself into painful moments (Panty Stocking, Hitohira,Gatchaman Crowds, etc). The decission were made pretty suddenly in this week (March 2016 =), I believe this is normal, as before I couldn't even think about dropping anything. Also I used to download all animes to watch, I guess it doesn't matter to me now, I'm using online sites now, and I removed whole lot of my collections from hard disc.

I hate in animes 2 things:

1) Stupid endings (that's why I hate dramas, yeah I like happy endings, even if in some animes death of the main character really suits to plot)

2) The way of drawing characters with GIANT EYES! that's somehow annoying for me, but generally I can watch it... somehow... (AIR, Clannad, etc.)

As I have noticed some animes have a lot of their  fanatics, like Air, Clannad 2, Bakemonogatari, etc. these are high ranked animes with a lot of fanclubs, well do I have so much different sort of liking? I hate those 3 animes (+ some more, which I didn't mention, like Toradora). I totally don't understand people that love them. Once I told to someone Bakemonogatari is nothing special, a lot of such things you can find in most of animes... lol I was removed from friendlist, I guess people are just too shallow to seek for something deeper.

Well.. I have just found out(while watching Zetsuen no Tempest) that I love animes with inteligent/wise main male character. The rule is, that titles with such heros are almost always epic or close to be like that. Golden Boy, Code Geass, Death Note, there aren't so many animes like that. What a shame! Studios like more to produce animes with stupid male lead, almost always overloaded with ecchi...
<edit>: well, but in such case, the anime must focus on this aspect of "how the main character thinks", probably it's harder to make, maybe  that's the reason why it's so rare.

hi want to be friends