Hi all, just call me Shinigami-chan or Shiki. I'm here to find some new animes but i can also recommend so feel free to ask anything. :D

I have a few favorite animes, mostly Re:zero. I also like Soul Eater, Mirai Nikki and Higurashi.. there's much more i like of course but it'd take long to write them all. If you have any ideas what should i watch next pls let me know. Not because i have no plan which anime i'm gonna watch next, i just want to know what other people would say. (honestly, i never know what to watch next..)

About me? Well what i like to do is mostly watching anime play games and draw stuff. By drawing i mean i usually draw all kind of anime stuff. Also, I am an alien. Don't worry i'm not serious i just believe it hehe. See, i'm not out of mind. I'm still a school student who usually falls asleep in class. 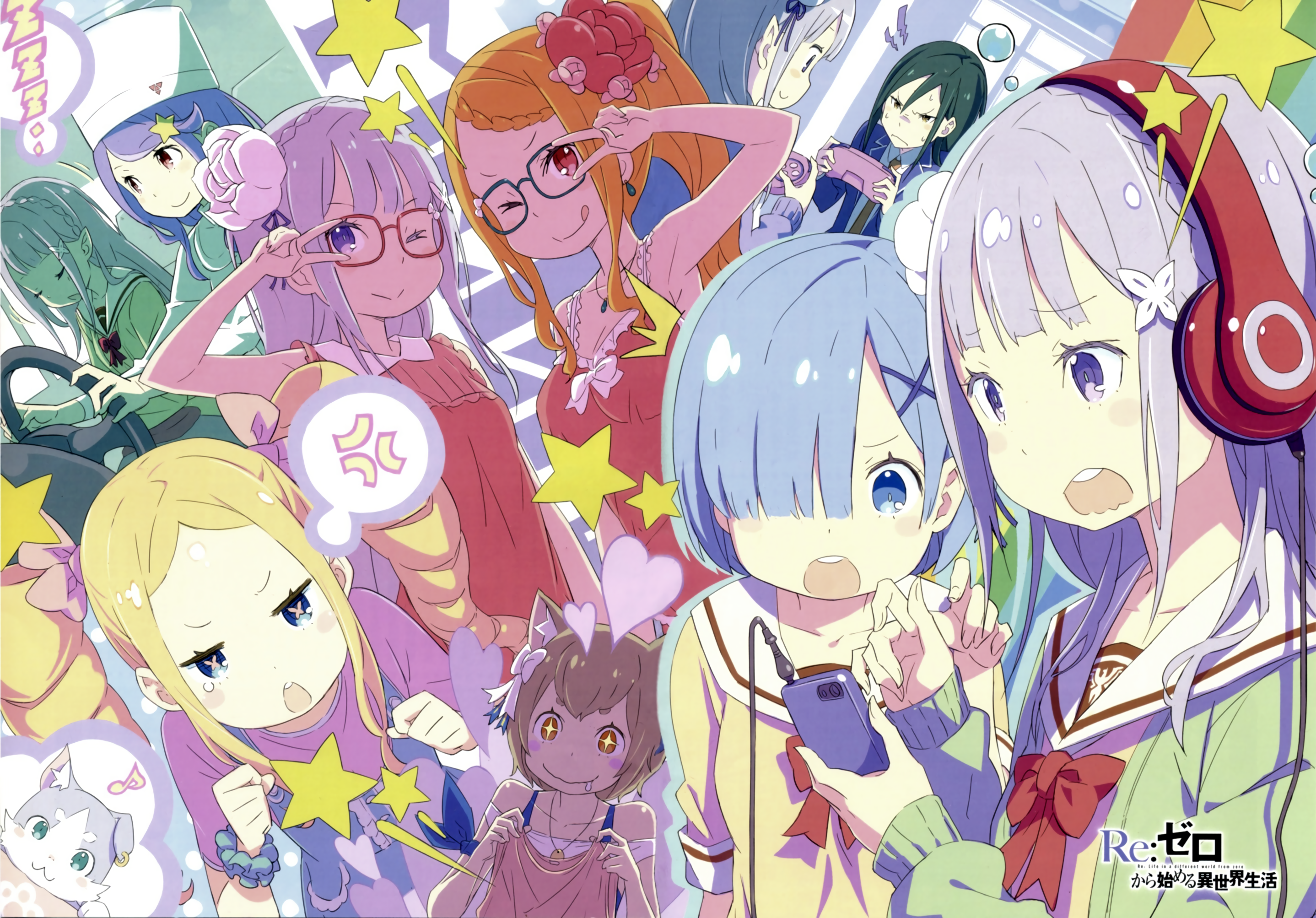 My favorite (f) anime character is Emilia.. or Rem.. am i the only one who finds it hard to decide between those two? Some others i like: Shiro, Orihime, Albedo..

Same with the guys my favorite is Nnoitra. Others: Mitsuki, Juuzou, Mephisto..

My favorite anime all time: Re:zero

Worst anime i've seen : You don't know gunma yet (Even if you have nothing left to watch please save yourself from watching that load of crap! I've NEVER seen anything so shit like that believe me don't watch that's the worst anime in the world.)

First anime i've seen: Kaleido Star, i gave it a low rating because i'm older and i think it's not as good as many other but when i watched it back then i felt like it's cool so i watched it twice hell knows why. When i was a kid i used to watch animes like Pokemon on TV but i didn't know they were anime so i won't count them unless i rewatch.

-some of my favorites-

By the way, Naruto/ Naruto Shippuden should have been in my top 3, really.. But Karin ruined the WHOLE anime. I'm not joking, she's the most annoying bitch i've ever seen. If you're a fan of her then sry that u had to read it. This goes for a few *no, actually a lot of anime as well, i just don't like annoying characters.

Now a bunch other shit yaay! Those are my peronal ratings, but they might come handy for you if u run out of ideas right?:D:D   *silence

4,5 stars (see, i have a lot of time inserting these hehehe^^ now, mirai nikki, hoozuki no reitetsu, tokyo ghoul)

Genres i like to watch the most are gore, horror, violence, mystery, mecha and titans. Wait, titans waat thats notta genre..  However, just cuz they're my favorite genres it doesn't mean that i watch only them. Sometimes i pick them randomly. I'm not a fan of CG animation, ecchi, harem and reverse harem. I also dislike musical animes, even known i listen a lot of music. Maybe i just didn't find one i like. I don't mean that they're bad okay! Same with those others i mentioned, they're not my type that's all. For some reason disturbing things make me calm and insane people make me feel normal.

My personally favorite anime openings and endings are from Togainu no Chi, Sankarea, Blood Lad, Naruto and Evangelion. They're also very good animes. But there's many other good anime ops x eds i didn't list.

Have a nice day and thanks for stopping by!!

Thanks for following me back! ^^

Also Idk if you're into watching AMVs or stuff like that but I actually have a Youtube Channel if you wanna check it out. I also write fanfics and poetry on WattPad as well.

Hey thanks. Yeah anime in my country is widely now considered mainstream and accepted. Many of my peers watch it. We even had conventions occur like throughout the year before the chaos happened in the world. However, I understand what you mean by being the only one in the house to watch anime or read manga. It's the same case with me XD. I usually talk about anime or manga with my friends online tbh. Ooh Tokyo Ghoul: RE manga? Ahh I remeber when I first read it 2 years ago. Also did you draw your profile pic of Tanya? I rly like it. Yeah rn I'm currently obsessed with the Attack on Titan manga and looking forward to season 4 coming out this fall. My journey with it started last year and now I'm grateful I got into the series when I did. I really love the characters and world building Isayama has done. I need to read more manga tbh. I haven't had time, but I hope this summer when I have more downtime I can read some I've wanted to get into. Also i need to watch more anime that I have yet to finish lol.

Hi there! I really love your profile! I'm also a huge fan of Attack on Titan and like Soul Eater. I hope we can be friends. :D