Aug 1, 2020
Read other reviews of A Certain Scientific Railgun T

In Toaru Kagaku no Railgun T, Mikoto Misaka and her friends prepare for the Daihasei Festival, a seven-day sports competition between different Esper schools, which, of course, also include the famous Tokiwadai middle school. Misaka and all other students of Tokiwadai are highly motivated and ready to do their best in the upcoming competition. However, all the fun ends, when another dark secret of the Academy City of Science and Technology is uncovered. What is this secret?

The universe of this series is tremendously huge: A Certain Magical Index, A Certain Scientific Railgun, A Certain Scientific Accelerator and many many more.  Academy City is just a small, yet, very important part of the story, because almost everything what happens in the anime, happens exactly in the Academy City; it is all about it, it connect everything. Long story short, as always, Toaru Kagaku no Railgun T focuses on the Academy City; the city that is more technologically developed than any country in the whole world: science and technology in the Academy City is 20, or maybe even more than 30 years more advanced than in any part of the world, which gives you an understanding of what this city is. It is an open secret that we have been finding out more and more information about the Academy City for a while now and that there will not be anything new to know about it. Such a way of thinking would be completely wrong, since the new season shows more dark secrets about it and the most important thing about it is that old questions are also being answered.

As has always been the case, Toaru Kagaku no Railgun T is a dark sci-fi, fluffy SoL, a bit of this, a bit of that and, as a result, it actually works. There are just so many things going on that you might just stop for a moment and reconsider what has happened in an episode. Setting works, the attention has been paid to everything: the sci-fi elements are amazing, power system, everything. Toaru Kagaku no Railgun is one of these series that has a very average start and then, after some time, you notice that you are a fan now; the deeper you go, the more rewarding it becomes. With that being said, story wise, as mentioned above, Toaru Kagaku no Railgun T answers more questions, as well as the old ones and it makes the universe even more interesting and enjoyable to follow.

Probably, the second best thing about A Certain Scientific Railgun after the storyline is animation, which meets the current standards. When looking at the picture, you just cannot take your eyes off it even for a second. Beautiful landscapes: stylish industrial skyscrapers that make the world of A Certain Scientific Railgun look like as if it were the future.  However, at the same time, all this is in a perfect harmony, with lush greenery and parks with fountains. In addition to this, the animation is also able to show facial expressions of the characters in a very unique way; they make characters look so alive. Needless to say, the animators pay enough attention to each and every small detail, which helps create the atmosphere of comfort, when viewing the anime.  However, the main appeal of this series, as always, is Japanese voice actors, who help you appreciate the series even more.

Character wise, more characters are being introduced, but the most important thing to mention here is that the new season also pays more than enough attention to the old characters. What I am trying to say is that the new season both introduces new characters and also does not forget about the old ones, showing their background; there are just so many things going on, so many characters that exist in the universe of A Certain Scientific Railgun and they all want to achieve something. Even the villains have their reasons to do what they want, their ideals and desires make sense and you might even feel sorry for them. What is more, you might even ask yourself one simple question: if I were in their shoes, would I do the same thing? This is something you can only achieve with great writing, which A Certain Scientific Railgun has.

All in all, as it has been mentioned already, A Certain Scientific Railgun has everything: a grain of romance, cute girls do cute things, excellent sci-fi elements, which might become a reality sometime in the future, astounding action scenes, a drama that cannot be called forced, quite the contrary, some of the scenes might make you moody. Anyways, this season is the most action packed, spectacular eye candy that you cannot and must not miss. However, if you are not a fan, then what are you doing with your life? 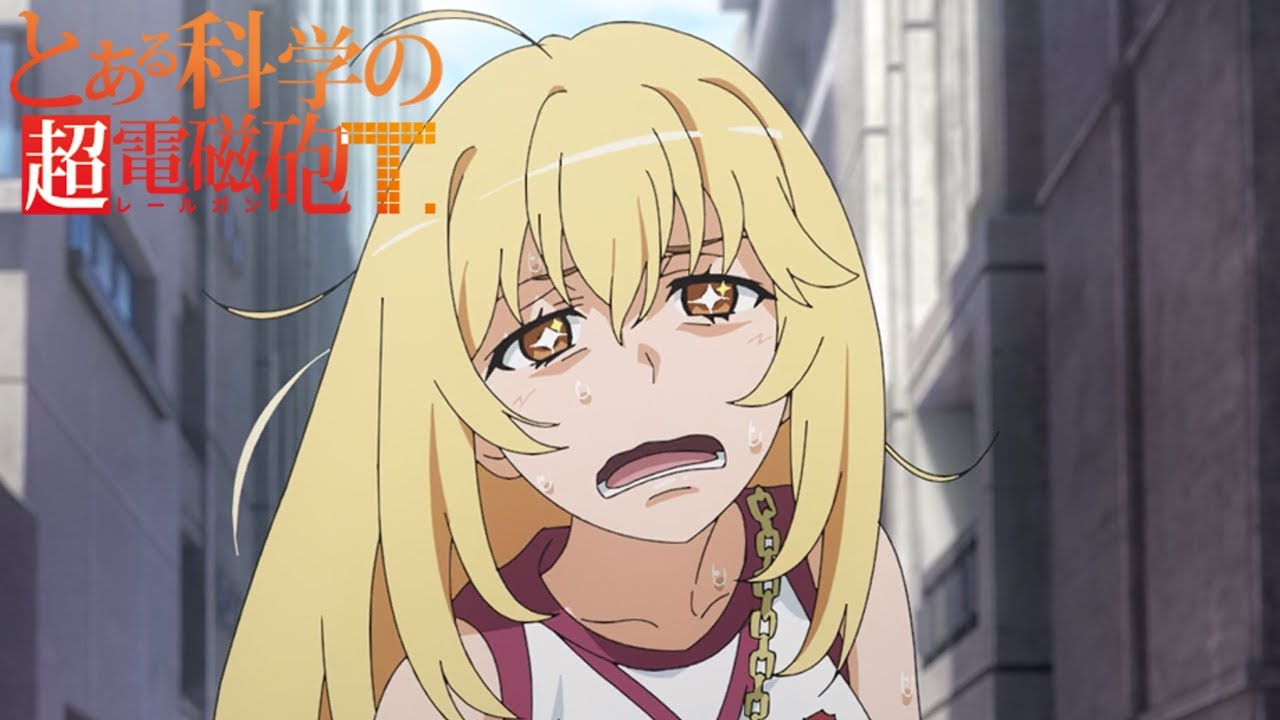