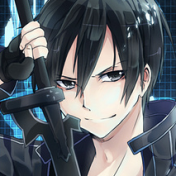 Something about me? Okay then... Simply, I'm certain anime fan. My status of anime watching is not so high, but it satisfies me well. I have several favorite genres, at first it's drama in any form. At second... it's definely romance. And at last? Fantasy, if it's good one (not cheap one).

I don't like comedies, cause I don't laugh much (sometimes I wonder how it's like) and the japanese comedies are overall too stupid for me to even try laughing. I came to hate mecha, cause it's the same every time (endless boring battles). TTGL is exception, it was good, at least. And sports. I don't like to watch them, I like to play them, otherwise I'm bored.

Out of anime, I like japanese culture too. I'd like to learn japanese someday and also visit that beautiful country (if not live there, I just gave up on that "dream"). Then there're my graphical abilities, I'm into webdesigns, I like it very much. Out of it, I have some slight programming abilities, such as HTML, XML or CSS and years of playing with code in Game Maker. I know a bit from C#, MySQL and PHP, but not so much to be my knowledge of any use.

I like writing too. I've a lot of ideas, but my writing style is simple and stupid, so I don't believe in it. But I continue to write, cause I want to have all my works finished one day.

So, that's all for now. For more, you've to investigate yourself! ;)

- My rate order is idea (story), characters and then graphics.

(For instance, your blogs posting your thoughts and commentary on  anime you watched can be moved to the anime's Discussion topic in the site’s Forum or to a Review of the anime on the title’s Main Details page.) 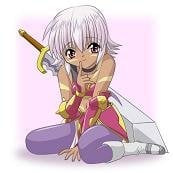 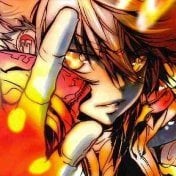 A náhoda to je :D