I watch Anime, read all kinds of literature and play games (mostly Japanese).

I'm your average boring classmate A, I like most anime, granted that it's atleast half decent.

As you can probably see from my less than consistent review style, I'm quite new to writing down my thoughts and feelings "lel" and I would be clad for all the advice and criticism you can give, thanks in advance.

English is also my second language, thus I apologize for any misspells and grammatical mistakes that I make and fail to detect/correct.

- Yours, Boring Classmate A.

looks like i read everything but the start of it, dang 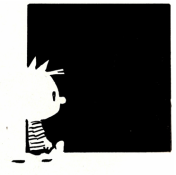 Responding to your questions:

The classes are based on DFO classes, though the game in the anime is not real. The commentators named some of the skills as they are used

The fire bomb is a witch skill, Lava Flask. The aerial attack was Eagle Stamp, though the description doesn't mention a jump.

Whether or not you like the show is up to you, I'm just arguing that the story is pretty consistent about what skills are available to a character.