I am a registered nurse and I live and work in a small city in Finland. I've been thinking of studying something new lately. Especially psychology has always piqued my interest.

I like to try new things out. For example, every time I go grocery shopping, I’ll pick something I have never eaten before among the usual stuff. But that’s just one thing. I am pretty much open for anything as long as there will be no harm to anybody. I ponder things a lot and often find myself lost in thought. I tend to overthink and overanalyze things, which is a bad habit of mine.

Other cultures and Japanese culture in particular have always fascinated me. As a child, I used to watch series like Moomins and Around the World with Willy Fog, without realizing they were anime. I got familiar with anime when they started to air Pokémon on TV here in Finland in 1999. The first series I actually started to follow was Bleach in 2005. It has been a long ride since then. I have watched (and still watch) all kinds of anime. Some have been great, but plenty have been mediocre at best.

Watching anime is one of my favorite pastimes. There are so many anime series and films I would like to see and my want to watch list just keeps growing steadily. I'm a bit of perfectionist/completionist, so I really don't like to drop series and leave them unfinished. If it turns out that the anime I just started watching isn't all that good, I just grit my teeth and try to endure to the end.

Other than watching anime, I like to play video games, watch films, listen to music and podcasts, learn new things and dream the days away. I also have a passion for books and constantly have something to read. Of course I read manga too, but for some reason I don't like to read it on a computer. I've got a tablet that has been much more convenient for reading manga, e-books and e-magazines. I still prefer real books though.

My favorite games are mostly platformers (e.g. Super Mario and Mega Man series) and Metroidvanias but I like puzzle games and RPGs as well. I play mostly on the computer (most of the time on Steam), even though currently I only have a laptop.

As for books, I read mostly sci-fi, horror and fantasy. The Hitchhiker's Guide to the Galaxy is one of my all time favorites. I keep a record of everything I have read in an Excel document, even though there are plenty of sites in which one could keep a record of their readings. Unfortunately, none that I have discovered are as clean and easy to use as Anime-Planet is for anime and manga.

Come to think of it, I make a lot of lists about things in my life. I have a list for anime, books, films... Even for the things I would buy/do if I ever won the lottery. I guess they make me feel organized.

Well, that's pretty much everything I wanted to share for now. Questions? Comments? Leave a message below :D

Hi! Quick question since I saw your icon on the forums, what anime is your icon from?

Gotta wake up 10:40 morning, staying up still. Picked up anime Canaan and came to check if u seen it. First ep feelsverygoodman. Same art/author as some fate/stay etc and it's seinen so easy to compare maybe to black lagoon or something. Mut mm, iha jees eka ep perusteella. 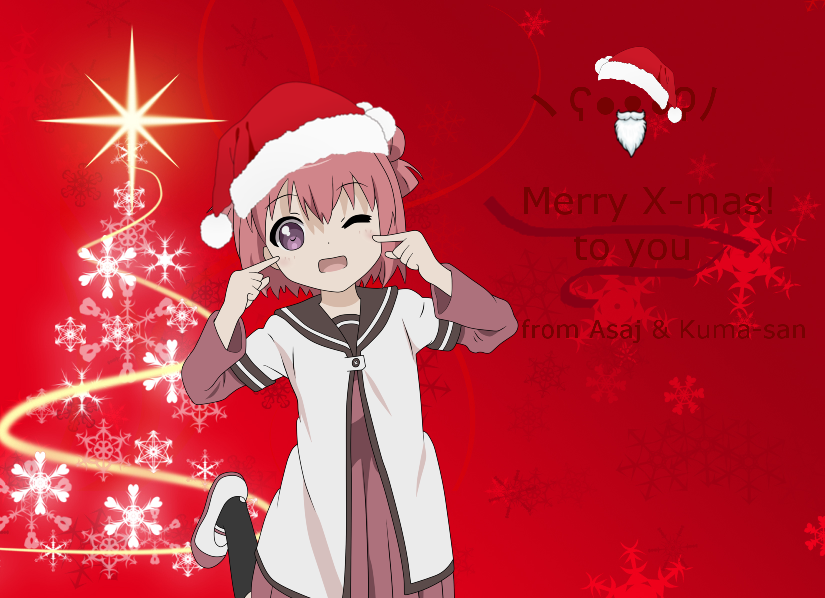