Active quaker since '96, quaker until the grave. Main profile is Quake III Arena / Quake Live.
idTech 3, Doom- & Build Engine for life.
Logitech MX300 is the best mouse ever made, period. Also, please get me some spare Allsop Raindrop GigaPad XLs too.

I'm interested in computer science, retrocomputing / retrogaming, paleontology, history of antiquity / medieval ages and aviation as well. Sometimes you can catch me writing poetry.
I like chess and table tennis, though I rarely got the chance to play them.

Being a true id Software / Blizzard / Square /- Enix / Arc System Works/ Black Isle - Interplay /ATLUS and Fallout-believer, since ancient times. Started the industry in the mid-16 bit era on 8 bit with a NES.

The Alien Trilogy and the Matrix Trilogy are basically on a religious level, respectively since I was 8 and 14 years old. Also, a trekkie for good.

Marvel and Dark Horse comics are good for your health.
Played a great variety of pen & paper RPGs on a very high level, for ~10 years. I sure miss those days.
If you want to play cards, Magic: The Gathering is the way to go.

Admirer of the '80s and '90s supercars, related british / german engineering and veteran american muscle cars.
Consumer electronics of the '80s and early '90s are objects of piety.

Revered media is LD. I'll get a Pioneer HLD-X9 one day.

Their work is truly inspiring.

anything good recently? Psycho-Pass 2 was good... 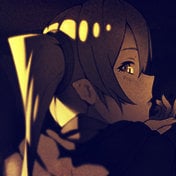 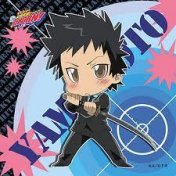 I've not seen it yet as I have only just seen your post a couple days ago. Hopefully I will try it out! Whats it about?

Hey, sorry haven't replied in a while :( Been busy with school work! So...how do you like this new badge feature then??