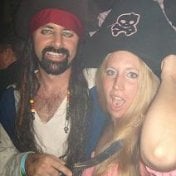 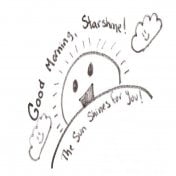 Man, I just caught the end of The Ultimate Fighter after South Park, and I'm almost wishing I didnt. Sure, the first round went to baldie, and the second round was hands down long-legs mcgee, there should have been a third round. It's sad that even Dana said that was bad judging.

Who does the judging anyhow? The Las Vegas Gaming Comission or something?

I thought the other guy was going easy on Bill. Their fight didnt seem too intense, kinda laid back and "I dont want to hurt this guy"-ish. I thought the tie was lame... then again I dont think I've ever seen the other guy fight. What was he in, UFC 30something?

Speaking of something else I've never seen before, I had _never_ seen the twister before I saw that episode. What kind of akward, fucked up move is that anyways? The dude could barely tap.

That fight was way more interesting though, I dont think his apponent held back, because he knew he had MMA experience. It made for a good show.

It was good though. I was suprised they didnt show Eddie smoking a joint or something though.

Wtf's up with that ring move couture showed anyhow? Have you _EVER_ seen someone use that? Because I know I havn't.