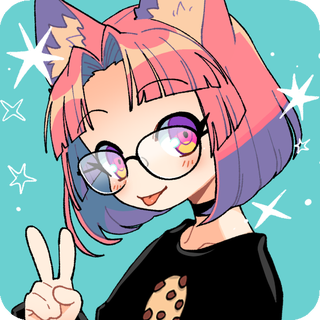 Please call me Crafty! I've been an anime fan pretty much all my life. My first favorite show as a child was an anime called Maya the Bee which I didn't know was an anime until I was much older, of course. From there I watched Sailor Moon, Pokemon, Digimon,  and I have vauge memories of a show that I THINK was Robotech? I'll probably never know lol. After that I grew up with Dragon Ball Z, Gundam, more Pokemon, Yuyu Hakusho, Inuyasha, and basically anything I could find through Toonami and Adult Swim. Anime is so delightfully accessable these days with the 800 streaming services we have available to us. Young Crafty would have bee delighted, heck, current Crafty is pretty pleased with it lol.

I generally rate an anime based on how much I enjoyed it. Full stop. I always rate an anime after I watch the last episode and that's when I decide what to rate it, when it's most fresh in my memory and I can gauge the ending of an anime against the show as a whole. I do have a lot of 5 star ratings. If I really liked an anime there's a good chance that I'll give it a 5 star rating. Sometimes I'll take other things into account like animation quality, useage of CG, writing, etc. to decide on the rating but all in all, It's mostly about the emotional aspect for me when a show ends. Was this a 5 star experience? 4.5? Did I hate it? Was this the best anime I've ever seen and I won't sleep well at night if I don't tell everyone I know how great it was?

When I'm not watching anime I'm usually either playing video games or playing with my dog. I have a Standard Poodle named Olivander who is the fluffiest. He's adorable and totally worth all the upkeep of all that hair! This dog has more hair products than I do! I also play a lot of games, I recently got a Nintendo Switch Lite so if you'd like to be switch friends send me a message! I also play World of Warcraft, The Isle, Warframe, COD, The Sims 4, Planet Zoo, Pokemon, Zelda, Etc. I also spend a lot of time playing VRChat. I also like to draw, crochet, knit, and sew. I like to dabble in a lot of different crafty things, hence the user name. ~_^ 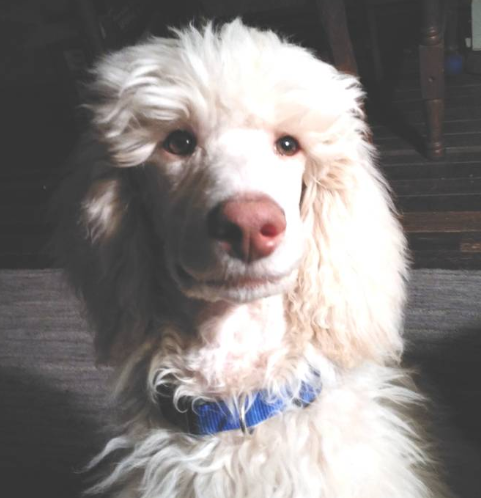 Watch all of Sailor Moon.
Watch all of Gundam.
Clear out my "Stalled" Anime.
Watch more things off my "Want to Watch" list.
Be more active in the forum.
Watch more Anime than last year! ~_^

3. Anime Where the Characters Dance in the Op/Ed

Hello Crafty! I see that you have a dog too and my dog is a chihuahua, by the way. I love cute and small pets.

I see that Kai Shiden is one of your favorite characters. I also see that Relena is a household name you hate the most.

I thought that she was like the embodiment of some spoiled, entitled and lazy zoomer when I re-watched it, but she's OK to me. As long as a character doesn't think like a zoomer or think recklessly like one, then that's fine by me.

Maybe my Libra friend from North Carolina hates Relena because she's related to a politician, but I still have to ask her when she's back. Said Libra friend is more of a UC or Gundam SEED kind of lady.

Lalah Sune? I barely even remember what she's like. Not a memorable character either. Not even this chick with a Hong Kong fiancée that I know even remembers who she is and she's a huge Gundam fangirl. My friend who goes by the name of Kanon doesn't remember who she is either.

Not even the Origin manga made her seem like a superstar overnight.

With that said, you can tell that I'm a Valkyria fanboy. Even Valkyria Chronicles 2 has redeeming qualities and I really hate Juliana Everhart who is a more rotten rich girl than Relena could ever hope to be. She makes another rich girl called Maya from Wild Arms 3 look like a real lady (not sure exactly why, but I think that the tomboyish cowgirl Virginia had a crush on Maya somewhere in the game; Virginia was in fact, raised like a boy before hanging out with 3 male drifters on an arid planet).

Ah yes! I forgot that Avan Hardins' voice actor is the same as Kyo from Zatch Bell (did a great job in S-Cry-Ed) and who doesn't love Crispin Freeman? I know all his game roles and Heat came out like a more hardass, more serious Alucard going full alpha male in Digital Devil Saga. xD

Anyway, I'll talk to you later knowing that this site is snail mail among social media.

Just saw your comment on https://www.anime-planet.com/characters/axolotl - it used to be named Magical Lizard before iirc

But these animals actually exist, thought you might want to know :DDD I found the name on Reddit when doing the characters for the entry