Story - Just like another Clannad except colder and in winter time. And just like Clannad it had individual character arcs where the main character does something to help out the various girls in his life. The first arc was with Makoto. The was the saddest part of the show but I enjoyed it. Next was the Mai arc where the show got weird. I mean I did'nt think the show would get as magical and supernatural the the Makoto's arc but it did. It wasn't as good as the Makoto arc but it was definitly exciting to watch. The next arc was the Shiori arc which they could of just left out. This was probably the only thing wrong with the anime. Shiori just kind of bored me. Then it  comes to the last few episodes where where it combines Nayuki's and Ayu's story for the finale. Just like the first two arcs it entertained me. Was sad but I liked it and it was a really good story.

Animation - There was nothing I was bad about the animation. Nothing was disturbing or annoying to look at so it gets a perfect score.

Sound - Not really memerable at this point Im sure it was good though since the music adds to the overall story. So I can't give it a bad score and I also liked the opening theme.

Characters - I loved every character and their relationships with each other. My favorites were Mai, Nayuki, Makoto, and oddly I really liked Sayuri even though was a supporting/secondary character. I guess was her friendship with Mai and how she talked in the third person. Since character in my opinion are more important then a good story it really helps out the overall score of the show.

Overall - All around a pretty good anime and definitly worth the watch if you like the supernatural romance stuff. One of my favorites. 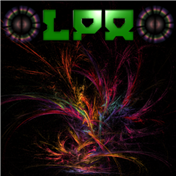 The first arc was with Makoto. The was the saddest part of the show but I enjoyed it.