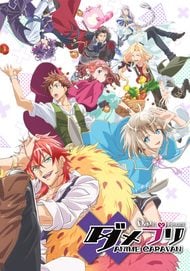 This is a character-driven satire piece masked behind a reverse-harem overhang.  The story moves typical to a harem a show in order to invoke scenes that demand our Protagonist be with her harem. But the story itself is secondary to the dialogue and crack at harem shows themselves which is really what this anime is about.  Because this is both a reverse-harem and at the same time a jab at that theme it pleased both sides of harem loving/hating crowd.  The characters are extreme. So much so, it takes a moment to fully accustom oneself to how ridiculous they are. But this is... See full review 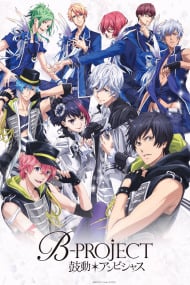 Lemme just start off by saying this is the overall best male "Idol" anime I have seen. That being said, male "Idol" animes tend to be bland reserve-harem stories spiced up with beautiful boys, songs, and a dull heroine. B-Pro is no exception, however it makes a great effort to not make the heroine not so annoying dull or Mary-Sue like which inturn makes the story much more fun and the anime an overall a great way to pass the time.

Story - 6
The story itself starts without you and there is not much that is introduced about what happens before the heroine comes along even though... See full review