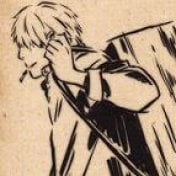 You may enjoy this series because: It's a relatively competent "young-people-in-charge-of-a-starship" series, so if space adventures and combat appeal to you, it's probably a good bet.  The story follows a group of cadets aboard the starship Amaterasu as they choose to use the ship to fight back when their home-planet is taken over by a powerful wannabe-empire.  As the situation escalates from the empire seeing them as a meer annoyance to being a major thorn in its side, they are faced with a variety of increasingly difficult combat situations.

The handling of the combat scenarios is a fairly strong element in the series.  It goes the route of making the space battles somewhat realistic in how little maneuverability the ships have, giving the show more the feel of submarine warfare than your typical shoot-em-up.  Watching the strategies of the different players unfold definitely kept me interested, and the climax, in particular, involves some quite great back-and-forth on both the combat and political fronts as various double- and triple-crosses play out.

You may not like this series because: The whole setup puts a major strain on the viewer's suspension of disbelief.  Much of the success of the Amaterasu can be put down to the enemy's incompetence, in that they're stupid enough to send ships against her in ones-and-twos early on.  It undercuts this supposedly powerful enemy's credibility that they allow a commander in one battle to go with a more risky battle plan just to boost his own ego, rather than taking the safer route that will ensure success.

Added to this, you have the problematic central conceit of the show - that the Amaterasu gets funding for resupply, etc. by turning the whole enterprise into a televised reality-show.  This aspect of the series does have its moments...  Early on, we're given some hints that there might be something nefarious going on with the show (though those hints fall flat) and it definitely has a significant impact on the final climax...  But for most of the series, the reality show aspect just comes across as superfluous and clunky.

Another weakness is how the series deals with its characters when they're not in the midst of battle.  Much of the interpersonal drama/romance/etc. is quite wooden and by-the-numbers, and a few of the "poignant" deaths that are thrown in to add pathos to the situation are so blatantly attempting to tug at the heartstrings that they tend to have the opposite affect.

Bottom Line:  A moderately enjoyable space opera, if you can get past some of the ridiculousness inherent in the plot setup.