A Penguin’s Memories is a movie about a penguin war veteran dealing with coming back home after the Vietnam War and his romance with a wannabe idol. The story was created after the success of beer commercials featuring the top idol at the time, expanding the story of the penguins in those ads.

Wait... what?? Is what I imagine most people thinking, so let me explain a bit of the history.

In 1983 Suntory started a series of ads for their beer that was… unusual to say the least. Each commercial featured the two characters that would then become the protagonists of this movie, Mike the veteran and Jill the singer, both penguins. Aside from the animal aspect the commercials were also very interesting because they had a very distinct melancholic style which was almost depressing. A key aspect of the success was definitely to attribute to the singing, done by the Japanese Top Idol of the 80s: Seiko Matsuda.

In any case those beer commercials became so popular that Mike and Jill became the mascots of the company, being for example featured on the cans: 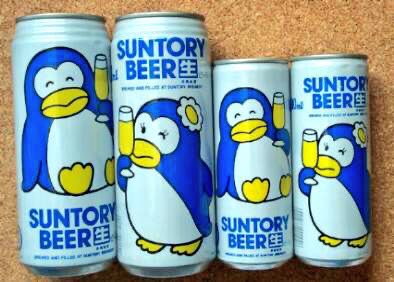 How from some popular commercials a movie ended up being made nobody really knows, the details are quite obscure. Suntory seems to have always liked unorthodox media campaigns though (something that holds true to this day considering that they started their own virtual youtuber in 2018) so perhaps it shouldn’t be that surprising.

In any case, let’s get to the actual movie. How is it?

Story
The war portion of this movie takes up only the first 10 minutes, but it’s the event that obviously shapes our protagonist Mike the most as the rest of the movie is dedicated to him dealing mostly with reintegration and some PTSD. Thankfully for him he will eventually meet Jill, the wannabe idol, and between them a romance will start though it will not go so smoothly. Sadly while the romance/drama story takes up most of the runtime it ends up being very straightforward and dragged out.

The middle portion of the story feels very much meandering and while that is in part without a doubt intentional to add to the melancholy feel of the whole movie it still makes the movie quite a drag to get through.

While Mike gets a lot of characterization due to the premise of the story itself the remaining of the cast feel more like standard archetypes rather than their own characters. 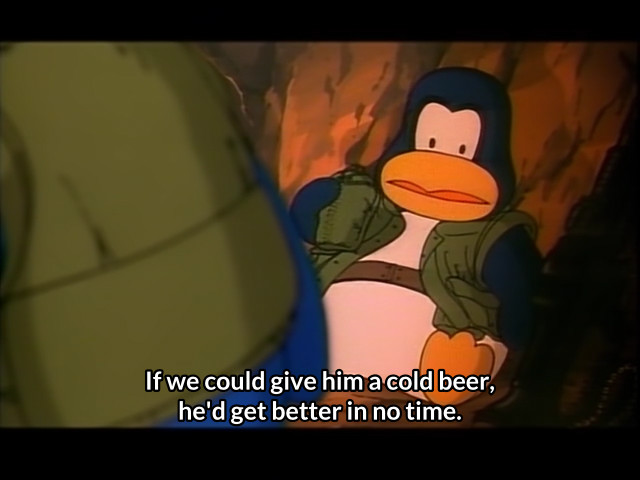 While born from beer commercials though, this movie is not in any way one. That image above is the one and only beer mention in the entire story. This makes that line feel more like a joke about the origins of the movie than anything. No beer ever gets shown and the Suntory name is never spoken. This all adds to the mysterious origins of why this movie even got made but we already talked enough about that.

Art and Animation
The animation is extremely basic, nothing more to add. Most of the scenes are practically still and the few scenes with any detailed animation are front loaded in the war section.

Thankfully the visual aspect of the show is saved by the art (and by decent direction). While most of it is pedestrian and forgettable during some of the more slow, somber and melancholic scenes they manage to convey all of those scenes with incredibly stylish shots: 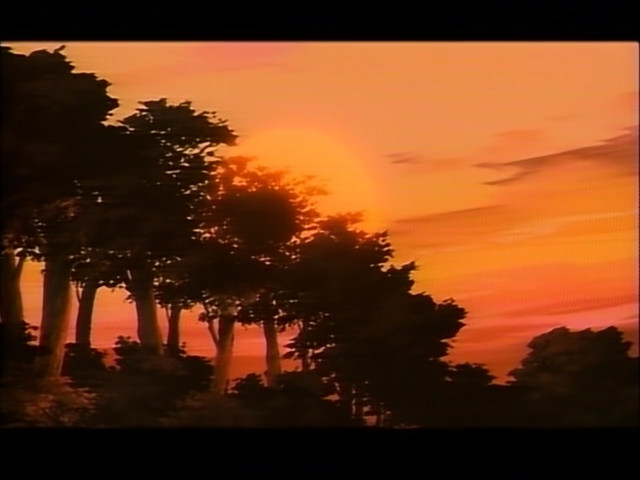 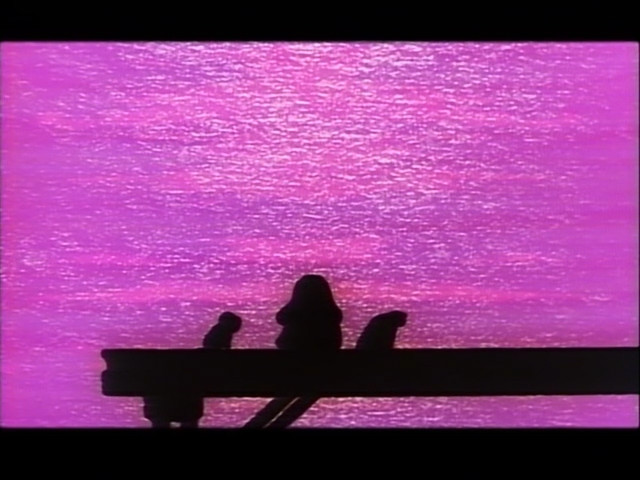 Music
I’ve already talked plenty about the melancholic aspect of this show and that is mostly thanks to the very solid soundtrack that accompanies the scenes really well. But that is not the most notable fact about it. During the movie there are plenty of singing segments that the aforementioned top idol Seiko Matsuda ended up singing herself. All of those are incredibly lovely and greatly add to the movie.

In conclusion, this is a show that is a lot more interesting to look into than it is good. Though while the story is forgettable the experience in its entirety is definitely not, few movies end up being this unique.Far from a hidden gem, but definitely a hidden fascinating 80s beer can.