If you told me after watching S1 that the sequel would have been even comfier and relaxing I probably wouldn’t have thought such a thing was possible but here we are. This second season of Yuru Camp is everything a sequel should be, maintaining the focus on its strengths, improving on the weaknesses of the previous entry all while introducing a few new elements to keep things fresh.

~How relaxed I get when watching this show~

The best aspect of the show has always been the comfy and idyllic atmosphere and that has been kept practically untouched, they managed to keep the same magical feeling alive but the direction and screenplay of this season was definitely a step above with many more well structured scenes. The show no longer relies on its OST to do the vast majority of the emotional work but rather works in a more harmonious manner. This doesn’t mean in any way that the OST got worse however, in fact even if the soundtrack of the previous season is one my all time favorites that I listened to for hundreds and hundreds of times I wasn’t disappointed in any way in the new tracks, which is an incredible feat. 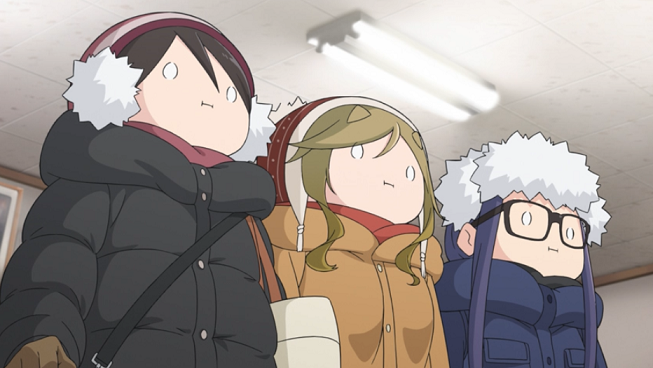 >mfw no more Yuru Camp until the movie.

The arguably worst aspect of S1 was the supporting cast lacking depth, and while S2 still is largely focused on the Shimarin and Nadeshiko duo, all the other characters get a lot more time to develop and shine. As this season goes on you can also feel their friendship deepening after each outing as they all get more familiar and friendly with each other, and that same feeling of fondness gets shared with us. While I did watch S2 for Rin and Nadeshiko, I will watch the movie for all the cast.

~Me admiring the new visuals~

While the show maintained its photorealistic focus regarding the scenery this season has definitely a more cartoony and creative feel when we get to the character animations and facial expressions. Apart from making this show a much better gif generator this also helps a lot with making the emotions of the characters come across. See for example them enjoying a shrimp risotto so much that they temporarily become shrimps themselves:

Yuru Camp achieves the closest to what I think the Iyashikei genre can be and manages to create a truly therapeutic experience. Watching this show is almost a meditative experience. In the last few years I have never been as relaxed as when I was watching this with a nice hot cup of tea, so go get some and get started! Blankets and snacks are also really recommended. 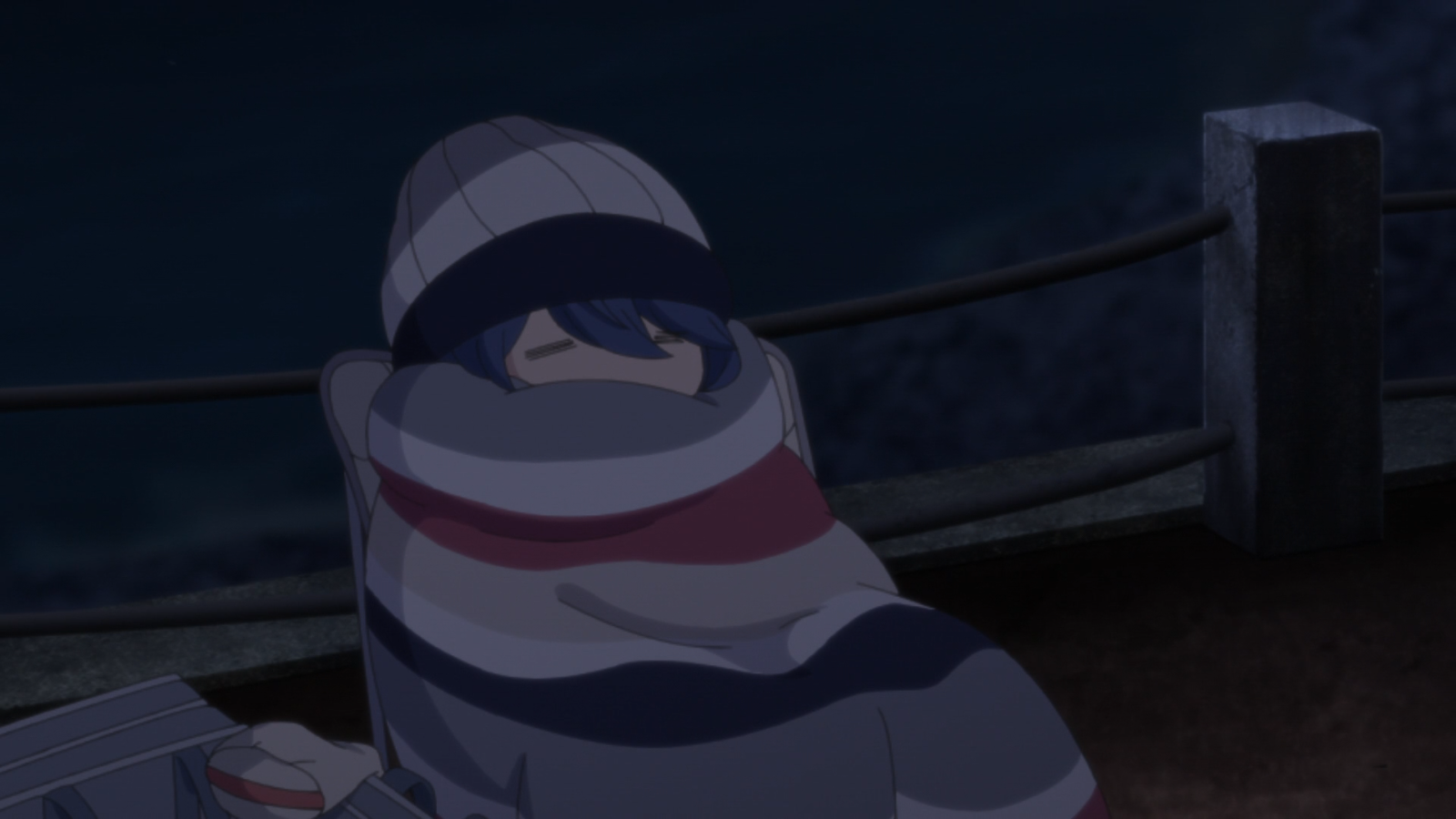 ~Thanks for reading and I hope you have a comfy day~