Aug 3, 2012
Read other reviews of Code Geass: Nunnally in Wonderland

First off, this is an OVA, so not much is expected from it. With that being said, it's basically a comedy rip off from Alice in Wonderland.

For the most part I much enjoyed the charrecter casting and the special type of the touch of Code Geass in the play. If you like Code Geass, You'd probably enjoy it, if you haven't watched Code Geass, you won't get many of the jokes. But either way in the event that you believe this OVA not only ruined the name of Alice in Wonderland, but it also ruined Code Geass as well, than you just might be right.

In the end it always come down to peoples preferences, even if I'm aware that Code Geass is being turned into a milking product, that doesn't mean I still can't enjoy it. With that being said, if you're a Code Geass fan, then I urge you to watch this show and let me know for yourselves what you think. 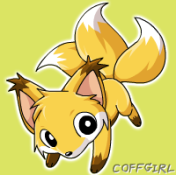 I just watched it and it's just as you said. Fans of CG will probably like the humor unless they expected this OVA to add something to the story. In the end it's just an OVA, nothing more.