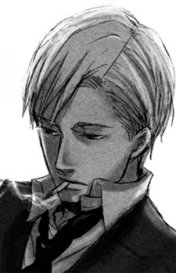 Hello miss! So what do you love most about Roger Smith?

Yeah, comments seem to be a rare thing here :P I didn't really know what to say but I was certainly impressed (And a bit jealous). On the contary I belive you deserve at least some recognition, watcing almost 500 series and 6,000 episode is amazeballs in my eyes ^_^. What you say is truer then true though, sometimes I forget the important bits of Anime. It's fine, I would've thought a 6 year member would have plenty of comments and stuff, but that is seldom the case here it seems. I do hope my list gets bigger, unfortunatly I've little the time lately :( . Anyways have a great day, it'd be cool to talk later though :D

Just wanting to say congratulations on your many great achievements and that I hope to be at least equal in anime watching status one day.