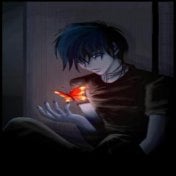 Watching: I am currently watching or plan on continuing soon.

Want to Watch: I plan to watch this series, or at least give it a try.

Stalled: I plan on finishing eventually, just not right now.

Dropped: I don't plan on finishing this anime because I didn't like it.

Won't Watch: I didn't like the plot or screens when I saw them.

Al right. I am, like I said in my profile above, a twenty-one year old guy from the Netherlands (That means that English is my second language so you can expect grammar and spelling mistakes). It is so boring here but well... We DO have anime. That makes things aright. ;)

A friend of mine talked me in the whole anime thing in 2005. Ever since I've dropped my gaming activity's and get hooked to whatever you see in my list. He said that I should try Full metal Alchemist.

Bleach is definitely the best anime I've ever seen. I just love it. The story, the strong characters, the sword fights. Tite Kubo is just a hero to be able to create such a story where you get hooked at from the first episode.

I got a forty hour work-week in the house building industry. I don't really know how to say it so I hope you get the picture. Although I still go to school one day in the week to study for the job, I do not plan to keep this job for the rest of my life. Lately I am thinking to go for translator. I was always pretty good with English, and I got a Japanese language curses on tape, which is very interesting. My parents are quite against it though. They don't want me to quit this job I have now. And since I have to move away if I am going to participate in classes all week, I can't keep it up. But those are things, with which I don't want to bother you.

Music taste. Well. I really do like almost everything. We got Scottish and Irish Folk Music here, and I like it. It depends on the mood though. I always go to the Techno and Dance bars and disco's (You can start drinking beer at the age of 16 and heavy alcoholic drinks at the age of 18 here in this country.), but my personal favourite music genre is Rock and Hard Rock. I love the sneering sound of a good guitar. My personal favourite number is from AC/DC, Thunderstruck. That song gives me the cold chills, so good is it. ^_^

Well. That's it for now. Maybe I will update it some more later on. ;)

I'm sorry I was awful!

This is what I have been up to for the last few months. I'm now 72nd in the country for the year. I'm sorry that I haven't talked in so long.

hi from waht anime is your avatar/slash 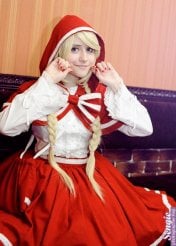 what is the mane of the anime of ur prifile pic??? xx

I heard a different take on a saying that made me smile, if not a little depressing.