Ive always watched anime, but generic stuff like Pokemon, or YuGiOh, Dragonball Z, you know, the stuff they show on CartoonNetwork on Toonami. My first real anime wuold have to be Gundam Wing... I fucking loved that show.

Recently I started watching alot of anime... I watch a series a night if its under 25eps, but then i sleep all afternoon. My first subbed anime was Rosario + Vampire, and since then I prefer subed anime than dubbed anime.

I watch most of my anime on my psp. Full Metal Alchemist was Dl'ed, then streamed to the PSP, took me four days to watch. Seath Note took me a day and a half because i would watch it on my PSP using PSPtube.

Wow that was a year ago. . . I'm glad I've changed, I no longer stream it because the quality blows, instead now I download a series and usually watch it in a day or two.

Encourage MiCk3Y to add some by leaving a comment below! 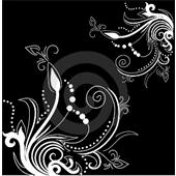