Having first got into anime through my brother showing me R.O.D. OVA, it was probably this which made me become interested in it.  I therefore joined the anime club at University and since then have watched far too much (mainly because being a student meant I had that much time on my hands).  However, alls that has come to an end as I’ve finally got a job, so my blissful days of mass anime watching will slowly come to a decline, but not gone for good.  It was the fact that I gained otaku status (well...if you went by v2 anyway) remains a personal achievement which makes me realise just how sad I am...

Since then I've managed to read up on a lot of manga to help fill the time while anime episodes are getting released and this has helped me enjoy the anime even more since I'm now looking for potential ones from the anime I watched.

Aquatic Language – I finished this one-off, small talk episode and was pleasantly surprised at how much you can get out of just 15 minutes of anime.  It was quite incredible and with a good quality animation and some really quick and snappy dialogue, the show it over before you know it and leaves you with the feeling of wanting more, although wraps most of it up nicely.  Well worth watching and it doesn’t take much of your time to do so.

Haibane Renmei – After getting my hands on this series, I literally ploughed through it all in one sitting.  What can you expect though; I didn’t have much else to do and was somewhat bored, needing something to keep me entertained.  Personally, I felt that although the series had some nice ideas, it lacked the potential of what it could have been.  Since I wasn’t too disappointed, I think it’s a series that everyone should get around to watching at some point, although you don’t need to rush it.

Monster – Long...very...very...long.  Not that it’s a bad thing, but sometimes series are just too long.  The only reason why I picked it up was because I knew that it frequently appeared in the top 10 of anime rankings, so it must be good surely?  Imagine my disappointment when we’re 25 episodes in and the story is trailing along at snail’s pace.  But then the action starts and when it does, you are drawn so far into the storyline that you get the “just one more episode, just one more episode” effect and that was at 3am in the morning with an early start the next day.  And then your all of a sudden at the end of the marathon of a series and it’s time to breath and it is only then that you fully appreciate just why it get’s the high ratings it does.  Bear with the start, Monster is a show which just gets better and better with time.

Aoi Bungaku Series – Currently broadcasting, Aoi Bungaku follows the story of some politicians son as he tries to commit a double suicide and fails.  Well, in terms of storyline it’s quite the dark series; yet something is strangely enticing in the portrayal which makes it different from most other series out there.

Kimi no Todoke – Unlike the majority of people who have been introduced to this brilliant show, I happened to have read the manga of it first.  So for me it’s a pleasure to see a great manga being adapted into an anime series which is just as good.  Kimi no Todoke is a series which brings new meanings to the word relationships and hopefully has a good potential to be one of the biggest hits this season.

For once I haven’t been watching a series I’ve already seen, in my desperate attempt to catch up with what I haven’t seen...I think however, it is time that I got around to re-watching RahXephon....for the 9th time.

Series well worth watching that you might not have heard of:

Aquatic Language – A brilliant, short animation series, which is well worth your time.  The quirky setting and snappy dialogue make this a treat which more people should go and watch as not only is it superbly animated, but also fills ever single moment of the anime with not stop genius.

Ani*Kuri 15 – Give an animator just 1 minute in which they can do whatever you like and then put the result of 15 of these together.  For me, this is the hardest anime that I’ve ever had to review or describe.  And the reason being is that 1 minute is not that long a time.  And while some of the animators produce some really good sketches, unfortunately there are those which drag it backwards.  Either way go and watch, even if you just see the ‘Cat’s Revenge’ one, which makes me laugh every time I see it.

Comedy – I must admit that it has been a while since I saw this anime and although I haven’t gotten around to re-watching it, Comedy still gives me the amazing hope of how short animes can be equally or better than their longer counterparts.  It’s rare for me to approve of a series to the high level that I did of Comedy, all the more remarkable since its only 10 minutes long.

Since I play the piano (although badly) and took music as one of my subjects in school, I always have felt that anime music tends to be overlooked.  Yet, some of the shows out there have some incredible, high quality soundtracks, which frankly, should be listened to by more.  Here’s a somewhat, not comprehensive list of some which meet the requirements of should be heard more:

Many people have a tendency to say they prefer manga over anime or vice versa. I'm the sort who appreciates each for their own expression and enjoy both of them. Currently I've got more manga series on the go than I can keep track of, but it's only because I absolutely enjoy the refreshing and original storylines that they keep on producing.

Mangas that are well worth reading:

Mx0 - I was exceptionally surprised to have found that Mx0 had ended...stopped when it was in it's prime. Either way, the story of a boy who attends a magical school...without being able to do any magic is certainly interesting, not because it uses the same I'm bad at magic tactic, but more the amazing attempts to cover up that he can't use magic. The series is only 99 chapters long, but you'll be laughing all the way through and can't help but fall in love with the characters. Certainly a very different manga that should be on peoples list of ones to read.

GE – Good Ending – I always like to give any new release a quick flick through just to see if I like it or not.  I’m glad that I did for this one as GE – Good Ending has some pure comical moments which literally made me have to stop reading through laughing too much.  It’s a tried and tested formula, the boy who loves someone, but doesn’t know how to ask, and the customary, female who helps him to get together with the girl.  Yet, GE – Good Ending, just has this freshness about it which makes you glad you picked it up to read.

Ikagami – If you were told that you were going to die in 24 hours time, what would you do?  This series explores just that, in a society where everyone has been given an injection which may contain a nano-machine which when the fated time arrives, kills the owner.  However, to make it not that bad, you’re given 24 hours notice.  Oh, and when I said it’s not that bad, it’s actually quite interesting seeing how different people reaction to this revelation.  The series is fresh, original and highly hard hitting.  Read something different, that makes you think, “What would I do if I had 24 hours left to live”.

It's very rare that I watch a series and recommend people NOT to watch it since it's a sheer waste of time. So far only 2 animes have ever reached the criteria for me NOT recommending them. The awards for worst made animes are:

Blame! - An anime with no plot, little talking, half of the time is spent on the closing credits and no decent music. I only know the plot because I looked it up...any anime where you have to do that is really bad.

Demonbane TV - Shouting names at the top of peoples voices seemed to be the only thing capable out of a badly written script, below average animation and a storyline that seemed...bad. Don't go watching it, look at a wall for a while, it might be more interesting that this one.

You should try everything once, except incest and folk dancing - Sir Arnold Bax

Men think of only 3 things: Money, Football and what they get up to Saturday Nights....

While reading a column on another website I came across this readers comment and still love it to date...

Mike Walko: "I believe Serial Experiment Lain was put out as a test to see what was the worst possible piece of crap an anime studio can put out that people will staunchly defend as a masterpiece."

(For instance, your blogs posting your thoughts and commentary on the Garden of Sinners anime you watched can be moved to the anime's Discussion topic in the site’s Forum or to a Review of the anime on the title’s Main Details page.)

Hallo!  Sothis, the site's creator, is redesigning the anime-planet site, and plans to roll out an awesome new site design in July, we believe. The blog feature is not part of the new design, and it is going away.  More information about this here:  Announcement: the blog feature is being deprecated topic link. Be sure to check out the new site design when it comes up!

So, if want to keep the information posted in your blog, you will need to copy this information someplace else on the site or someplace not connected to the site; such as an external blog. If you have any questions how or where to do this, please feel free to ask me, and I will try to assist.

It really suprised me as I just picked it up randomly, your review was spot on and should be the official review!

I am only on episode 17 of xam'd but I think your review was great, especially the part under story where you talk about the pacing how each ep wasn't rushed to leave it on a cliffhanger. Xam'd is beautiful. 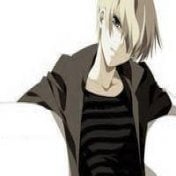 BLAME! is animated short scenes FROM THE MANGA. there is not supposed to be any plot, theyre meant only as a BONUS TO THE MANGA. of course you're not going to like it if you watch the ovas that are just extra bonus scenes for the manga without reading the manga itself...

just thought you should know before you keep ripping on it, do your research next time.