Wow I didn't know how long I had spent watching anime!

Well lets start from the beginning :)

When I was young I watched stuff like Pokemon, Digimon and DBZ, but back then I didn't know what anime was......so blah blah blah. I think the first anime movie that I watched was My Neighbour Totoro, I loved that film .

When I got into secondary school one of my friends got me into anime and manga a bit more by telling me about Neon Genesis Evangelion. So I watched and I was like "WOW why haven't I seen anything like this before" and he was like "because you're naive" and I was like "wha-!?!?!".....

ANYWAY, I started watching things like Cowboy Bebop, Gundam Wing and the Ghost in the Shell movies.....and I was hooked!!!! I have watched quite a few of the Miyazki films now aswell.......

I didn't really watch much during this time.....just Naruto and Bleach, but then I got a bit bored of the same things, so to make me unbored I searched around and I stumbled upon Fullmetal Alchemist.....WHY HADN'T I FOUND THIS BEFORE!!!!!! <- Thats what I kept saying to myself......oooooo good times good times :) And thats when I also went to my first anime expo in London.....I was completely obssesed with FMA, but not to the extent of cosplay...hahaha

I had never seen anything like it, it was amazing :) so from the spoofs in Lucky Star I started watching some of the animes that were linked with it.....like recently I have started watching Haruhi ;)

My most recent anime that I have finished is Tengen Toppa Gurren-Lagann. Probably one of my most favs (as you can see from the reviews). I recommend this to ANYONE who likes TOTAL EPICNESS!!!!! Hahahah :)

It doesn't explain everything but thank you for reading my lonnngggg profile!!!!

Oh and happy watching/reading whatever you do :P 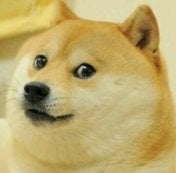 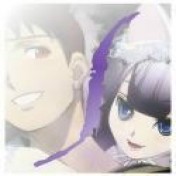 Oooh! You should definitely enter the sig contest in the forums, then. Every week there's a new theme and best submission wins (lol, obviously).

Plus you can just contribute to the site stash if you want in there as well. If you're making awesome ones like that NGE one, definitely worth seeing your work around. :)

Your sig is brilliant. Love NGE! Did you make it yourself or get it from the forum?