Greetings! If you have any questions about something I might've watched or are currently watching, reccomendations based on my favorite series or genres, or just feel like chatting around a bit, please leave them in the comments below. :D 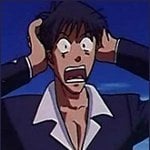 Not sure why I have to leave a pre-fix but meh, this one shall do. Almost caught up with you in Natsuyuki Rendezvous, so I made this xD http://i.imgur.com/mLbpX.jpg

Well from the way you used the “:3” I take it you read my thoughts on the series in the “what are you currently watching” thread, if so then DUH I’m enjoying it if not then. .  yeah, I’m enjoying it XD A lot more than I enjoyed the gundam 00 movie that’s for sure, there are some anime I watch dubbed because I like that cast, there are some anime I watch dubbed because of the setting, and there are some anime I watch dubbed because I know that I will facepalm throughout the whole darn thing (00 season 1 = alright, season 2 = pretty darn bad). I know you’re never going to watch it so I’ll spoil the ending for you, “Oh humans, we didn’t know that slaughtering you was a bad thing, how silly of us, have this giant space follower!” “oh pretty!” I know what they were trying to do but it just looked so darn hilarious.

Anywho I am not one who simply wishes for good things to happen, so how was your Thanksgiving?

How so? Are you fond of that series?

And for the record, my sig is better than your sig, you could never make one as good as the one I have! HA! (I lol'd at my CAPTCHA because one of the words was "former XD")